It must be understood that multinational bankers from Germany, England and the United States funded and created communism as a means of world domination for them, not the workers, who have been touted as the benefactors of communism, but who in reality have been pawns sent into serfdom as the State, controlled by corrupt forces uses government power to create the ever widening gap between rich and poor to instill the growing path toward neo-feudalism we see today.

Without the continuing help of these wealthy capitalist financiers in Germany, Great Britain and the United States communism could not have survived, nor would it be indoctrinated into the minds of our youth for generations as a misunderstood benefit for mankind. 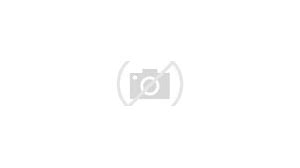 In truth, Communism is not a benefit to anyone other than the banking and ruling class.  Karl Marx himself was married to a wealthy aristocrat and was, like J.P. Morgan, yet another front figure of the Rothschild banking cartel.

In fact, the Communist Manifesto was composed in London under strict guidelines from the Rothschild cartel.

Also, the Freemasonic connection between all of these groups and major events in world history cannot be dismissed, or minimized.

The Hidden Hand guides the Great Work.  They are the movers, shakers and builders of the “New World Order”.

There can be no denying the fact that Teddy Roosevelt, Winston Churchill, Franklin Delano Roosevelt and Joseph Stalin were all 33rd Degree Freemasons, working to advance “The Great Work,” establishing a world government and economic system of domination and control by these powerful hidden masters, the owners of the central banks of the world and their army of managers and political puppets.

History has proven this time and again, but the bankers who own the mainstream media continue to attack capitalism and constantly cry that the rich must be taxed to pay for bloated, inefficient and corrupt government programs.

The real goal is to eliminate the wealth of all but the bankers and their army of managers, who we call politicians, to create a neo-feudal one world government run by their “hidden masters”, the central banks of the world.

As a result of more than 100 years of propaganda and omissions from history, many have been brainwashed to believe that the rich are the cause of all the problems in the America (and the world),  and that republicans cater to the them, but it is mostly the democrats who are the wealthiest in congress and democrat leaders who push socialism on the masses, but who practice crony capitalism to increase their wealth and political power, as do the RINO republicans.

Obama did his duty and added 100,000,000 people to the government welfare rolls as commanded, and was rewarded with a huge $60-70 million book deal for being such a successful puppet for the hidden hand.

Take note the incredible wealth of these puppet politicians who radically push communism on the masses, but are they themselves radical crony capitalists.

If some still do not understand, or believe these self evident facts that have been obscured from history books, mass media and the classroom, this presentation seeks to pull back the curtain to pay attention to those who are occult-ed behind it, and reveal the truth about why and how America has been plundered to the point where 1/3 of the population is currently on some form of government assistance.

Thanks, Obama!  So glad you are out of the White House.

If only we could get you into the Big House.

But as with all well trained Alinsky-ites, Obama isn’t going anywhere.

No.  Obama has decided to continue his divide and conquer disinformation legacy campaign, while agitating the useful idiots and stirring the pot in his new multimillion dollar home nestled in the heart of the Washington DC swamp.

This is the result of decades of gradual over taxation, over regulation and anti-American trade deals designed to intentionally cool down Our economy, as we have seen and history has proven.

Barrack Hussein Obama did a very good job of handcuffing small business in favor of his big business crony capitalist benefactors on Martha’s Vineyard, while ignoring the plight of Americans in favor gaining favor of the poor by enslaving them in welfare programs supplying money, food stamps and even cell phones to keep the poor on the Democrat plantation. 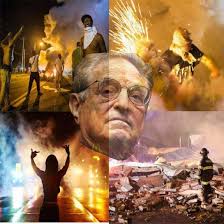 For 8 straight years, Obama and the communists divided America at every turn, never allowing a “good crisis to go to waste”, as noted by Chicago Mayor Rham Emanuel.  Despite the strictest gun control laws in the nation, Chicago is still a daily shooting gallery, where this year alone nearly there were nearly 3,000 acts of gun violence.

For both of his terms, Obama focused on the welfare of foreign interests and illegal aliens, not the safety and welfare of the American People.

In all that time, not once did Obama ever visit Detroit, or other cities bankrupted by democrats, like Stockton, CA, or deal with the issue of gun violence in other Democrat Meccas like Chicago.   No.  Because the status quo and more de-industrialization, more crime, division, violence and government dependence were and are the democrats only goal for America and the American People.

Without having many social ills and  impoverished victims to champion with bigger, costly government programs, the Democrats have no political purpose.   Their blatant and costly disregard for the actual welfare of the People should be obvious to all but the fully indoctrinated by this cult of deception and crony capitalism.

In 8 years, Obama spent more money than all previous presidents combined and put more than 100,000,000 Americans on some form of government assistance.  He taxed and regulated businesses out of business and out of this country, favoring his crony capitalist buddies on Wall Street.  His white billionaire Wall Street buddies, who he vacationed and golfed with on Martha’s Vineyard at every opportunity.

Obama followed the Saul Alinsky Rules For Radicals script to the letter while supporting every possible globalist cause or concern, including implementing collectivist UN Agenda 21 protocols to the letter policy, naming “Climate Change”, as the “greatest threat to Our National Security,” not Radical Islam, North Korea or any other true and present global existential threat to America and the American People.

After all, Obama and many at the UN viewed him as the President of the world.  FOr eight years, at every possible opportunity, Obama publicly apologized for American prosperity and noted that America had to be “sized down”.

As a result, Obama is the only president in modern American history not to achieve 3% GDP annual growth in all eight years of his term, noting and the media parroting, that anemic 1-2% GDP growth was to be “the new normal.”

It took Donald Trump less than 1 year to smash that “glass ceiling, proving that all along, Americans have been kept down by removing regulations that have strangled small business and stultified the economy.

Another proven fact of history that is hated by the crony capitalists and their puppets pushing socialism, that reducing taxes and regulations creates prosperity, which is a cancer to the Democrat Party.

These parasites can only flourish when the people are suffering.   Ironically and by design, the democrats and the RINO (Republicans In Name Only) blame the rich for the sour economic policies they have helped to create.

Except of course for the likes of Buffet and Gates and others, who are the modern day front people of the Rothschild group.

Corporations are always blasted by the democrats and the left, yet the snowflakes stand in line for days to get the new Apple I phone produced by slave labor, where factory foreman have to set up nets to stop the workers from committing suicide by jumping out of Apple factory windows.

The irony is murderous. No the left and the propagandized educationally indoctrinated snowflakes don’t blame Apple, or Amazon, or Facebook, or Google.

These “trendy” corporations are praised, not because of what they produce, or how they are “progressive” as relentless PR campaigns attempt to instill in the public’s mind, but rather because these firms have little or no competiton and they serve and are owned by the ruling class.

The fact is, the democrats protect crony capitalists at the expense of all other economic groups. This is a proven historical fact.

So why then are the small business entrepreneurs targets of the democrats ire while they praise the likes of Warren Buffet, Mark Zuckerberg or Bill Gates, who, like JP Morgan a century ago, are agents of the Rothschild banking cartel?

ANSWER: The democrat’s hidden agenda is to tax the rich into poverty and government dependence which benefits themselves and their crony capitalist benefactors who enslave populations under their authoritarian rule.

History has proven this over and over.  The following TRUTH TALK NEWS video presentation below exposes the evidence:

100 BOOKS YOU MUST READ TO UNDERSTAND THE NEW WORLD ORDER

The Creature From Jekyll Island

THE COVID TOTALITARIAN PSYWAR ON SCIENCE AND COMMON SENSE