“There is nothing worse than looking back and regretting not having done what was important to you. Don’t die before you’re dead.”   MAE BRUSSELL

Mae Brussell was a tremendous researcher, articulate radio personality and activist for truth.  Although I disagree with a few of her conclusions, the vast amount of suppressed information
Mae exposed is astounding. 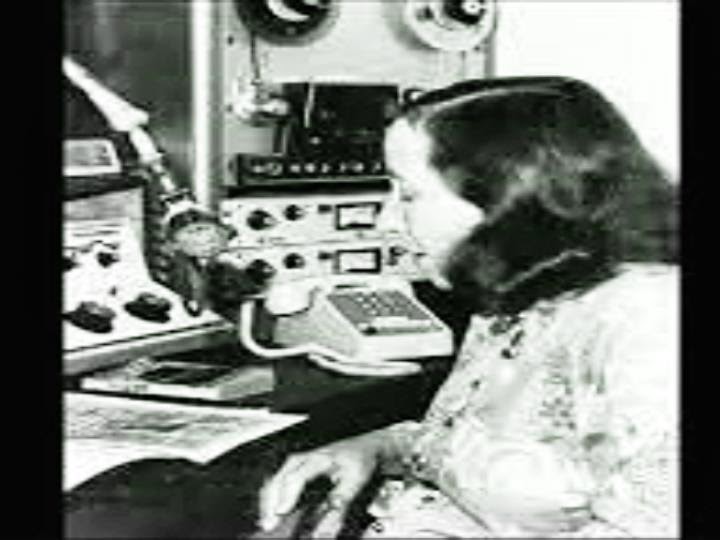 She was among the first citizens to gain public attention exposing government cover-ups and conspiracies involving the political elite.  Much of her focus was on the JKF assassination and the invisible (secret) government.

In May 1971, after seven years of deep, verified research, Mae appeared as a guest on KLRB, an independently owned local FM radio station.

The response was so good, Mae became a regular weekly guest and soon hosted her own talk show: Dialogue: Conspiracy, which was later changed to World Watchers International.

Beyond a shadow of doubt, Mae Brussell stands out as one of the premier researchers and investigative citizen journalists in American history.   She has directly inspired the works of many researchers including myself. 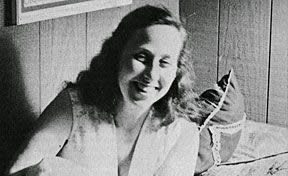 Born and raised in Beverly Hills, California, Mae was the daughter of Rabbi Edgar Magnin and great granddaughter of Isaac Magnin, founder of the I. Magnin clothing stores.

She married and was raising five children on
November 22, 1963.

The JFK assassination was the catalyst that propelled Mae into action.  Mae began her journey by purchasing the 26 volume set of Warren Commission documents where she patterns, interconnections and vast other gross criminalities.

The course of this research took her through black ops such as Jonestown and the Symbionese Liberation Army to Nazi collaboration and social the social control agenda.

Mae’s gift of effectively assembling the pieces together with naming names and articulating to an growing audience led to death threats, one from Sandra Good from the Manson family.

On December 16, 1970, Mae’s daughter Bonnie Brussell was killed in an automobile accident.
Mae truly believed it was a warning to her, but that didn’t stop her broadcasts, or her activism. 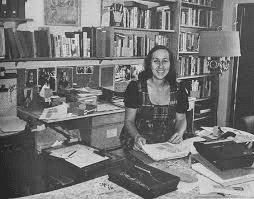 When Mae exposed elements linking the U.S. military to satanic cults the death threats intensified,  ultimately forcing her off the air.

Undaunted, Mae continued producing recordings from her home and privately mailed them to subscribers.

She also published articles in
Paul Krassner’s magazine The Realist.

In 1983, Mae decided to resume regular broadcasts at KAZU in Pacific Grove California.
Mae’s tenacity was relentless.Her insights proved not only to be perceptive, but to be predictive.

Here are but a few examples:

• In August 1977 (Broadcast #282)  Mae discussed Jim Jones and the Peoples Temple move to Guyana. She speculated it might be a training camp for assassination teams. This was more than a year before 913 members of the church were massacred on November 18, 1978.

• On March 29, 1981, Mae’s discussed the power- struggle within the Reagan Administration and asked who will kill off their team members first.  The following morning President Reagan was shot in Washington D.C.

• On May 29, 1968 Mae confronted Rose Kennedy at the Monterey Peninsula Airport and handed her a note telling her Robert Kennedy would soon be assassinated.   A week later he was shot to death at The Ambassador Hotel in Los Angeles.

In an interview with Conspiracy Digest, Mae summarized her personal views as follows:

“I am against the planned political assassinations by our intelligence and defense agents.

The CIA-FBI-DIA and DISC (Defense Industry Security Command) were set up originally to protect citizens of the USA.

They became their own judges and juries, private servants of corporations with investments at home and abroad. I am against the constant destruction of evidence in criminal matters and political assassinations. Prime witnesses are murdered before or after testifying.

Diaries are forged and planted in obvious places. Doubles are created to confuse. The Police Departments manipulate facts in cooperation with conspirators. I am outraged that our judicial system since 1947 has been patterned after Nazi Germany. Patsies are dead or locked away.

The assassins walk the streets or leave the country – “home free”. I am against using the Chief Justice of the Supreme Court, Earl Warren, to cover up the assassination of President Kennedy. When the highest court is corrupt, there is no hope at local levels.

I am against allowing the CIA to spend $25 million since 1947 for the express purpose, as stated before, to alter our behavior. Is the State supreme over individuals? Who owns or controls our minds? Why was CIA Director Allen Dulles allowed to order 100 million LSD tablets? Were half the U.S. population going to receive their doses? What gives the CIA and Pentagon the right to define normal, or to determine what is national security?

Are we being drugged through food, water and supplied with chemicals so we become slaves and robots? Where is all the cancer coming from? Why the preoccupation with death? Why is the U.S. Government in the business of creating a “Psycho-civilized” world? Who is ordering the ultrasonic waves to lower brain waves of city populations to an alpha state, leaving citizens susceptible to mass propaganda and hypnotic suggestion? These facts have been confirmed by researcher Walter Bowart in 1977. I learned about the project years ago.

I am against the mass media – CBS, ABC, NBC, UPI and AP being used by Washington D.C. since WWI, and by the CIA wince WWII, as pure propaganda tools. My positive philosophy is very simple. I believe there is in each of us a potential for peace and harmony. A few power-mad perverts dictate orders that must be challenged.

They are going against the laws of nature. A family and society that does not care for its infants with love and affection will create and does produce mad bombers. The source of this peace and harmony is within the family unit, not government agents or law enforcement.

Without love in the home there is never quiet in the community, cities or around the world. There are ways to counteract the evil being purposely planned. Study history. Separate fears and prejudices from facts. Recognize facts from propaganda. Invest energy in fighting for what you believe in. Analyze harder where we are going and what you are doing about it. What do you really believe in? How much do we care?” 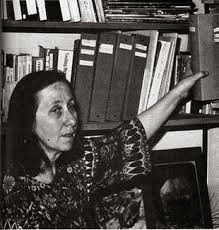 While deep into investigating the Presidio molestation case involving the US Military, the Temple of Set and Colonel Michael Aquino, formerly of Anton La Vey’s Church of Satan, Mae Brussell was struck with a fast developing cancer.     Increased death threats led to a decision to sign off the air.
Her final 2 hour broadcast #862 was broadcast on June 13, 1988.

There are many different compounds and viruses that can cause cancer and can be most effectively modified to aggressively attack the body with very high resistance to treatment.   As a tool of covert assassination this technique is exceptional since it is commonly written off in forensic examinations.

Cancer introduced through viral means is called an Oncovirus. It was estimated in 2002, cancer research that 17.8% of human cancers were caused by infections.

If one needs further illustration they need only to examine AIDS and HIV infections. It is a relatively simple matter to isolate particular compounds and viruses and introduce them into a target by covert means. It can be accomplished through food, drink, sex, doctor’s visit or even by using DMSO (Dimethyl Sulfoxide) as a transfer agent spread on a automobile steering wheel.

In Bob Marley’s case, his deadly brain cancer was vectored through a sharp copper piece of metal in a pair of boots given to him as a gift by Carl Colby, the son of William E. Colby Director of the CIA.

Jack Ruby also claimed he had been given Cancer in prison via an injection. Dr. Mary Sherman, a microbiologist, was working on ways of inducing cancer. Lee Harvey Oswald worked with Dr. Mary Sherman as a lab.asst in New Orleans in the Summer of 1963.

Dr. Mary Sherman was found burnt and mutilated in her apartment in 1964. Cancer was now weaponized and the doctor responsible was forever silenced.  Read Dr. Mary’s Monkey

Recently, between Oct 2001 and Jan 2005 some 45 or so microbiologists died, committed suicide or were murdered – notable as the majority were highly respected in their fields.

While some of her theories I do not agree with.  Such as the insignificance of the Council on Foreign Relations and the Trilateral commission and British influence over America.  She paid little attention to the United Nations.  It seems Mae underestimated this powerful influence, the rise of globalism and the New World Order.

Here is the link to the complete MAE BRUSSELL BROADCAST ARCHIVES  These powerful broadcasts from the 1970’s and 1980’s are even more relevant today.  They are an incredible archive of truth and insight into the social controllers of the New World Order.  Please watch and share these important broadcasts widely.