Skip to content
ARCHIVES » THE MARK BOWLES COVER UP

On Thursday night, June 26, 2014, wrongly convicted, persecuted and in the depths of despair, Veteran Mark Bowles slit his throat in an attempt to end his own life.  Thank God, he is still with us.  But Mark’s story of judicial targeting and torment is not over.  He is now again being held against his will in a private hospital in Minnesota.

Mark’s is but one of the many hundreds — thousands —  The over 1.2 million cases of mentally ill inmates in prisons who should be housed in mental health facilities.  But the majority of mental institutions nationwide have been closed since the 1980’s.

The closings were due to many true reports of rampant abuses at mental hospitals, but not any worse than the some of the horrors Our veterans, like Mark Bowles are being subjected to today at the VA.

The abuses and cruelty as famously portrayed in MK ULTRA volunteer Ken Kesey’s seminal work, One Flew Over The Cuckoo’s Nest led president Reagan to close mental hospitals in favor of more “humane” treatment of the mentally ill.

However, the closing of mental hospitals in the 1980’s while well intended has resulted in the most dire and worst of circumstances for the many millions of mentally ill citizens, many of them veterans, who have all but been forgotten.

Like we have today with the VA, and with Obamacare, the mental health system too is broken.
There is too much bureaucracy and too many bureaucrats.  Michelle Obama wants to wipe out childhood obesity, how about wiping out Government Obesity?  How about them apples to take for lunch, Moo-chelle?

Of course,  the right and the left controlled lamestream media ignore this obvious fact of corruption in the prison and judicial system.  It is ignored as if it didn’t exist.  Well the corruption does exist.
Rampant, obvious corruption.  Glaring corruption and collusion between private prisons, private hospitals and judicial jurisdictions across Our great land.

So, the Pro-Police State mass media propaganda continues to fan the fire, keeping the 20 plus year “COPS” propaganda flame illuminated.  There truly is a relentless and rising stream of Police State “reality” shows on cable and network television.

If MSNBC isn’t stroking their love child Obama they are depicting prison system themed programming.  What is with that?  Like CNN’s obsessive compulsive disorder with Malaysia Airlines
Flight MH370.   I am not making a joke.

The media however, makes a joke of it all.  MSNBC covering the sex trade?   Really?   What about domestic violence — Look, I know people like to watch drunk rednecks missing both teeth and brains getting all stupid and locked up for domestic violence.  But is depicting this type of abuse by trashy low-life types really raise awareness of domestic violence, or does it make fun of it in the same way “COPS” makes fun of red necks, hoodrats and white trash?  I say it does since apparently, that is the public’s attraction.   Hell, “COPS” has been on longer than Gunsmoke.

What is key here is the hidden messages.  These poor, trashy, toothless characters depicted on “COPS” and other shows is entertaining to the sheople.  They love to make fun of others since it takes so much focus of themselves.  Anyway, the dumb red neck, ghetto, white trashy side of life is the life depicted on these Police State “reality” shows.   That’s the attraction.

Although fictional police dramas depict police, judicial and prison corruption every weeknight at 8pm reality shows like “COPS” never depict bad cops, or corrupt judges or prison guards, but they sure do target the poor, the un-educated and minorities.   Do you see what I mean?  Outrageous, isn;t it.

So “COPS” is a completely biased, racist show.  Where is the outrage?  Where is MSNBC’s big mouthpiece racist Al Sharpton screaming about the prison system industrial complex and protected crime syndicate?

Oh — that’s right, I forgot.  Big Al works for it.  He is a bought and paid for MSNBC propagandist and paid COINTELPRO operative and government informant.  Big Al is a triple threat!

So on TV, in films, videos, books and print ads, law enforcement, the judicial, private prisons and hospital abuses are craftily slicked over with Hollywood and Madison Avenue shine.

But below the surface is the real grime and the suppressed subliminal subtext.   It is the subconscious message absorbed by the mind controlled alpha state TV/Media viewer.

It reads:  Comply with authority or you will get hurt.   Welcome to the New World Order.  It is not new and it is not order, but it is here, disguised as the land of the Free and the Home of the Brave. 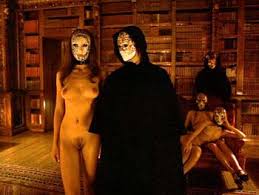 SATANISM, SEX MAGICK AND THE LAW OF REVERSAL 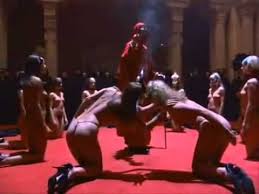 SEX CULTS AND THE ILLUMINATI 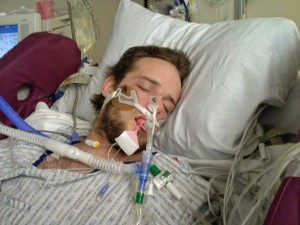