Yesterday’s CDC update on six patients reportedly being treated for possible Ebola infections eluded that all cases were in NYC.    The NYC Department of Health confirmed there was only one patient in New York City being treated for the virus. 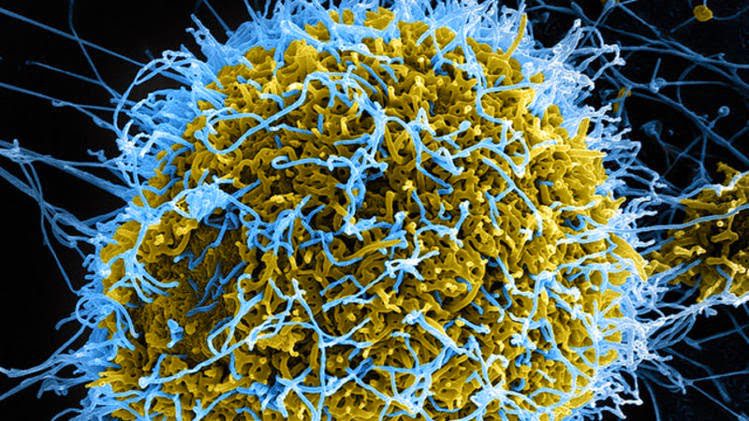 The other five patients with Ebola symptoms recently traveled to West Africa.  One case is of a woman from Ohio who tested negative was mentioned.    So was another patient at Johns Hopkins in Baltimore, Maryland was tested for Ebola but was found to have malaria.

I have a confirmed report by a hospital insider in Canada that healthcare officials have confirmed at least one case of Ebola.    Healthcare workers have been warned and even threatened not to reveal this information to the public.

To protect my source’s identity and workplace, I will only say that the hospital in question is in Quebec province. As soon as possible, I will reveal the name of the city and the facility.

U.S. hospitals nationwide are preparing for West Africa travelers arriving in emergency room with Ebola symptoms. CDC Director Dr. Thomas R. Frieden admitted that cases of Ebola in the US are inevitable and the agency has issued guidelines for hospitals on how recognize and care for Ebola patients.

The CDC calls for health care workers to wear gloves, fluid-resistant gowns, eye protection and face mask to prevent becoming infected with Ebola. Many hospital officials are skeptical of the advice.

Director of Infection Prevention at Tampa General Hospital in Florida Peggy Thompson stated, “It’s not going to be enough for my health care workers to feel comfortable going into an isolation room. In fact, the CDC acknowledges that that leg coverings or double gloving might also be needed if dealing with vomit or diarrhea.

Nancy E. Foster, the vice president of quality and patient safety policy at the American Hospital Association sided with the CDC agreeing that gloves, gown, face mask and eye protection are acceptable against risk of infection.

Ebola is spread through contact with body fluids, such as those in blood, urine, saliva, sweat, or feces. While not airborne, Ebola contaminated droplets can be released into the air such as when inserting breathing tubes.

But Dr. Michael V. Callahan, an infectious disease specialist at Massachusetts General Hospital who has worked in Africa during Ebola outbreaks, thinks it is wrong for hospitals to opt for less protective equipment. He noted that the precautions recommended by the CDC. “led to the infection of nurses and physician co-workers who came in contact with body fluids.

This is just the type of recomendations that can spark a full blown Ebola pandemic. Since the recent outbreak in Africa, hospital workers have rightly expressed concerns, asking why head coverage is not necessary and suggested their emergency departments need hooded suits. 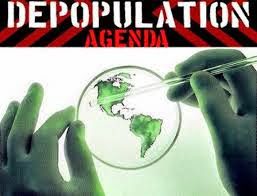 CDC lapdog Dr. David Kuhar, the Healthcare Worker Safety Leader for the CDC’s Ebola response argues that caring for patients in Africa is “very different” from caring for those in a hospital in the United States. Really?

Once again, it appears the CDC is trying to spread Ebola, not contain it. Why would the CDC not insist upon the same type of protection against infection as they are using in Africa? Why take the chance given the potentially deadly consequences?

At least health care workers treating Dr. Kent Brantly and Nancy Writebol, the aid workers infected with in Ebola in Liberia, were outfitted in head-to-toe protective suits at Emory University Hospital in Atlanta, a facility that is far more sophisticated than an African field hospital.    So why all the bravado from the CDC?    And why is the mainstream media downplaying the Ebola threat as a laughable concern?

Well, for one thing, CDC experts claim high-tech protective gear poses dangers as well stating
it may be difficult to remove the gear without touching the wearer’s face or eyes and risking infection.

On Aug. 5, more than 5,400 health care professionals were called into a meeting about Ebola hosted by the C.D.C. Hospital administrators and infection control specialists asked dozens of questions including could soiled linens of an Ebola patient be cleaned off-site without spreading the virus? The answer is not known.

CDC officials are scrambling to develop additional guidelines on handling laundry, patient waste and the bodies of any patients killed by Ebola. Meanwhile there is not a peep from the mainstream media on all of this.

They are all consumed with the Hegelian race industry induced conflagration in Ferguson, Missouri fueled by the out of state communists, the Black Panthers, Eric Holder and FBI asset and MSNBC propagandist Al Sharpton and Jessie Jackson just to name a few.

Don’t pay any attention to the men behind the curtain.  They are of no concern to you.

“Where truth the mainstream media ignores is the top story!”
7pm EST Weeknights on www.TruthBroadcastNetwork.com

If you seek truth and want to restore Constitutional Gov’t please subscribe and share the valuable information contained on this channel.

and check out STREAM OF CONSCIOUSNESS, a concept designed to address the many issues concerning America today in short, concise, unscripted, unedited monologues @ http://www.youtube.com/ConsciousStream   Hosted by Howard Nema