Skip to content
ARCHIVES » THE ROAD TO SERFDOM: LYNDON McLELLAN AND ASSET FORFEITURE IN AMERIKA Lyndon Mc Lellan, owner of L & M Convenience Store in Fairmont, North Carolina has become another victim of the New World Order and the IRS Mafia, who seized his bank account of $107,702.66 due do shady banking prospecting of innocent Americans who deposit cash in sums less that $10,000.

This tyrannical exploitation of the We the People it has been quietly going on under the radar of the controlled mainstream media for more three decades.

Innocent people like Donald Scott have even been killed over attempts to confiscate their property.

Forfeiture has been used, literally since ancient times, to take property wrongfully used or acquired.

References to forfeiture in the Old Testament[1], Greek[2] and Roman[3] law indicate that its purpose was to exact a penalty against property which had been used or acquired in connection with some type of prohibited conduct.

In modern times, forfeiture is supposed to be used to protect the public from harmful products and the property of criminal enterprise.[4]

The first statute authorizing civil forfeiture was enacted by Congress in 1789 as a sanction for the use of ships in customs violations.[5]

In 1978, Congress expanded the law to permit forfeiture of all money used in, or acquired from, the illegal drug trade, setting the stage for the massive crime spree and on going wealth swindle of the American People [6].   In 1984 the collectivists in Congress added to the tyranny by authorizing the forfeiture of real property.

[8] As a result, criminals are deprived of their working capital and their profits, thereby preventing them from operating. A secondary benefit of forfeiture laws is that forfeited property, or the proceeds of its sale, has been turned over to law enforcement and is used to fight against crime.

But this has not only been abused by Law Enforcement, it  deprives millions of honest law abiding citizens their constitutional rights to due process where victimized citizens must prove their innocence to retrieve their seized property.

The War on Drugs was a ruse to further destroy the middle class and seize assets not only  of drug dealers, but innocent honest taxpaying citizens In 1988, a  law enforcement coalition consisting of the Attorney General and the four county prosecutors and police chiefs proposed that a new, uniform forfeiture law be enacted H.B. No. 2080, which represented a combination of current federal forfeiture law, the forfeiture act adopted by the State of Arizona in 1986.

The stated  purpose was to create a law which would be both procedurally and substantively comprehensive and, to the extent possible, uniform across the States providing for administrative forfeitures and judicial forfeitures against individuals and property including  a provision by which forfeiture of personal property worth less than $100,000, or forfeiture of any vehicle or conveyance, regardless of value, is administratively processed.

Previously, all forfeitures were handled through judicial proceedings.  The guise of the implementation of this fraud was that it would reduce the consumption of judicial resources even where the forfeiture was uncontested.

References 1. Exodus 21:28: “If an ox gore a man or a woman, that they die: then the ox shall surely be stoned, and his flesh shall not be eaten; but the owner of the ox shall be quit.”

2. Aeschines, quoted in O. Holmes, The Common Law(1881): “We banish beyond our borders sticks and stones and steal, voiceless and mindless things, if they chance to kill a man; and if a man commits suicide, bury the hand that struck the blow afar from the body.”

3. Twelve Tables 1, translated in 1 Scott, The Civil Law, 69 (1932): “If a quadruped causes injury to one, let the owner tender him the estimated amount of the damage; and if he is unwilling to accept it, the owner shall . . . surrender the animal that caused the injury. 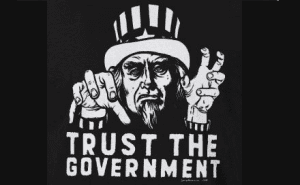 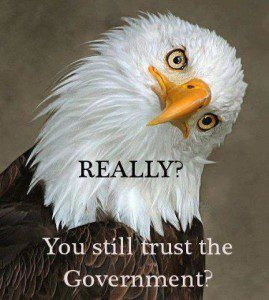