“Those whose forget the past are condemned to repeat it.”

Past is prologue. But true history is often ignored or suppressed.
The illumination of truth becomes brighter when the past becomes present, as is happening today.

The problem is, most do not tie predictions from the past to the events of the present, especially if they have been suppressed by the controlled mainstream media.

To understand why the rich are getting richer and the poor are getting poorer and why our rights are being stripped, why Big Brother is watching, why there is a rising police state, and why the world is in embroiled in constant turmoil, we must look to the past.

In quotes from “Tragedy and Hope” (1966) by Georgetown Professor Carroll Quigley we can see the causes and effects that have come to pass over time.

There is indeed a direct correlation between the past and the present and a clearly visible view of our future– or atleast the path we are presently travelling on.

“The powers of financial capitalism had another far-reaching aim, nothing less than to create a world system of financial control in private hands able to dominate the political system of each country and the economy of the world as a whole.

This system was to be controlled in a feudalist fashion by the central banks of the world acting in concert, by secret agreements arrived at in frequent meetings and conferences.

The apex of the systems was to be the Bank for International Settlements in Basel, Switzerland, a private bank owned and controlled by the world’s central banks which were themselves private corporations.

Each central bank sought to dominate its government by its ability to control Treasury loans, to manipulate foreign exchanges, to influence the level of economic activity in the country, and to influence cooperative politicians by subsequent economic rewards in the business world.”

“In 1891, Cecil Rhodes organized a secret society with members in a Circle of Initiates and an outer circle known as the Association of Helpers later organized as the Round Table organization.
In 1909-1913, they organized semi-secret groups known as Round Table Groups in the chief British dependencies and the United States.

After 1925, the Institute of Pacific Relations was set up in twelve Pacific area countries.

They were constantly harping on the lessons to be learned from the failure of the American Revolution and the success of the Canadian federation of 1867 and hoped to federate the various parts of the empire and then confederate the whole with the United Kingdom. …

There does exist and has existed for a generation, an international Anglophile network which operates to some extent in the way the Radical Right believes the Communists act.

In fact, this network, which we may identify as the Round Table Groups, has no aversion to cooperating with the Communists, or any other groups, and frequently does so.

I know of the operations of this network because I have studied it for twenty years and was permitted for two years, in the early 1960s, to examine its papers and secret records.

I have no aversion to it or to most of its aims and have, for much of my life, been close to it and to many of its instruments.

I have objected, both in the past and recently, to a few of its policies but in general my chief difference of opinion is that it wishes to remain unknown, and I believe its role in history is significant enough to be known.”

“I am now quite sure that ‘Tragedy and Hope’ was suppressed although I do not know why or by whom.”

In 1981 his book, “The Anglo-American Establishment: From Rhodes to Cliveden written in 1949 and published posthumously in 1981, Quigley traces the history of a secret society founded in 1891 by Cecil Rhodes and Alfred Milner.

Quigley notes that “the organization was so modified and so expanded by Milner after the eclipse of Stead in 1899, and especially after the death of Rhodes in 1902, that it took on quite a different organization and character, although it continued to pursue the same goals.”

The society consisted of an inner circle known as “The Society of the Elect” and an outer circle called “The Association of Helpers”, also known as The Round Table or the Milner Kindergarten.

“The society as a whole does not have a fixed name. This society has been known at various times as Milner’s Kindergarten, as the Round Table Group, as the Rhodes crowd, as The Times crowd, as the All Souls group, and as the Cliveden set.

I have chosen to call it the Milner group. Those persons who have used the other terms, or heard them used, have not generally been aware that all these various terms referred to the same Group this Group is, as I shall show, one of the most important historical facts of the twentieth century.”

Quigley give exclusive credit for many historical events including the Jameson Raid, the Second Boer War, the founding of the Union of South Africa, the replacement of the British Empire with the Commonwealth of Nations, and a number of Britain’s foreign policy decisions in the twentieth century.

An interesting note, Quigley’s mentor was Bill Clinton, a beloved and protected inner circle puppet of the global elite.

With chaos in the middle east and the rise of radical Islam around the world we must understand that in 1998 it was Clinton, not Bush who first read from the weapons of mass destruction script.

Past is prologue, ladies and gentlemen. . .

There are many pieces to be found when researching the New World Order. Do not be intimidated. One by one, put the pieces together and you will figure out the puzzle.
Please research this information.

There is only one truth. Seek and you will find it.

“Where truth the mainstream media ignores is the top story!”
‘One basic truth can be used as a foundation for a mountain of lies, and if we dig down deep enough in the mountain of lies, and bring out that truth, to set it on top of the mountain of lies; the entire mountain of lies will crumble under the weight of that one truth, and there is nothing more devastating to a structure of lies than the revelation of the truth upon which the structure of lies was built, because the shock waves of the revelation of the truth reverberate, and continue to reverberate throughout the Earth for generations to follow, awakening even those people who had no desire to be awakened to the truth.’

If you seek truth and want to restore Constitutional Gov’t please subscribe and share the valuable information contained on this site. Thank you for your continued support. 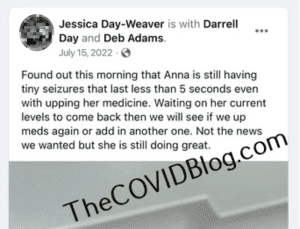