In a little more than 100 years this agenda has quickly moved away from God and morality and has progressed though communism, fascism, two world wars, the counter culture, women’s lib, gay rights and the civil rights movement to create a society tolerant of  all things considered immoral or indecent for thousands of years as being acceptable behavior and all things considered moral and decent as immoral and profane.

This use of the Satanic Law of Reversal can be traced to Sabbatai Zevi, who declared himself the Messiah in 1666.   By claiming redemption was available through acts of sin, Zevi amassed a following of over one million believers, roughly  half the world’s Jewish population during the 17th century.

Although many Rabbis considered him a heretic, he was a famous figure.    Sabbatai’s adherents planned to abolish many ritualistic observances, because, according to the Talmud, holy obligations would no longer apply in the Messianic time.

After Sabbati Zevi’s death in 1676, his Kabbalist successor, Jacob Frank continued his occult philosophy with ever growing success both socially and culturally.

Frankism, was a religious movement of the 18th and 19th centuries that centered on Frank’s leadership, and his claim to be the reincarnation of the Messiah Sabbatai Zevi.

He often had sex with his followers, as well as his own daughter, while preaching a doctrine that the best way to imitate God was to cross every boundary, transgress every taboo, and mix the sacred with the profane.   This conduct was believed necessary to bring about the coming of the Messiah.

Professor Gershom Scholem of Hebrew University of Jerusalem called Jacob Frank, “one of the most frightening phenomena in the whole of Jewish history”.

Frank would eventually enter into an alliance formed by Adam Weishaupt and Meyer Amshel Rothschild called the Order of the Illuminati.

Their objective is to undermine the world’s religions and power structures, in an effort to usher in a utopian era of global communism, which they would covertly rule by their hidden hand.

Using secret societies, such as the Freemasons and more recently, the Bilderberg Group, their agenda has played itself out over the centuries, staying true to form.

The Illuminati handle opposition by a near total control of the world’s media, academic opinion leaders, politicians and financiers.

Transgenderism, homosexuality, pornography, racism, violence, crime and other forms of immorality are all means to achieve this end.

Thankfully, more and more people are waking up to this very real agenda Satanic conspiracy.    Are you?

Welcome to the New World Order.

‘One basic truth can be used as a foundation for a mountain of lies, and if we dig down deep enough in the mountain of lies, and bring out that truth, to set it on top of the mountain of lies; the entire mountain of lies will crumble under the weight of that one truth, and there is nothing more devastating to a structure of lies than the revelation of the truth upon which the structure of lies was built, because the shock waves of the revelation of the truth reverberate, and continue to reverberate throughout the Earth for generations to follow, awakening even those people who had no desire to be awakened to the truth.’ – Delamer Duverus If you seek truth and want to restore Constitutional Gov’t please subscribe and share the valuable information contained on this site.     Thank you for your continued support. Together we can restore Our republic. Together we can be the change we wish to see in the world by exposing the forces that wish to enslave us. All content on TRUTH TALK NEWS and HowardNema.com are for the purposes of FAIR USE and can be used by anyone in accordance with U.S. Copyright law. TRUTH TALK NEWS and http://www.HowardNema.com are both free and independent of any network, group or association. FAIR USE NOTICE: Some content displayed on this video/site may contain copyrighted material the use of which has not been specifically authorized by the copyright owner. This material has been made available in our efforts to advance understanding political, human rights, economic, democracy, scientific, and social justice issues, etc. constituting a ‘fair use’ of any such copyrighted material as provided for in section 107 of the US Copyright Law. In accordance with Title 17 U.S.C. Section 107, all the material on this site is distributed without profit to those who have expressed a prior interest in receiving the included information for research and educational purposes. 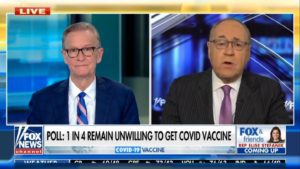 SOCIAL ENGINEERING, MASS MEDIA MANIPULATION AND THE BRAINWASHING OF AMERICA

The Establishment Is the Revolution