Britain has been rocked by incessant pedophile scandals since the revelations that the former DJ and BBC television presenter, Jimmy Savile, was involved in widespread child sex abuse.

Even though the full scale of Savile’s crimes will never be known, it is thought that he raped and sexually assaulted up to  1,000

girls and boys on the BBC’s premises alone, with many accusing BBC executives of turning a blind eye to his nefarious activities.

Savile, a man who looked as much like a pedophile as one possibly could, was also known to have been connected to Prince Charles, raising serious questions as to the British royal family’s involvement and knowledge of Savile’s sadistic behaviour.

The crimes of the former presenter of ‘Jim’ll Fix It’ are only the tip of the iceberg however, as the pedophile epidemic clearly permeates into the highest echelons of the British establishment.

The UK’s Home Secretary Theresa May stated in March that pedophilia is “woven, covertly, into the fabric of our society,” a harrowing truth that the people of Britain will have to confront if a microcosm of justice is to be delivered to the victims of such malevolent crimes.

It seems every passing month brings a new revelation pertaining to alleged crimes committed against children by leading political figures and a subsequent cover-up by the establishment.

The month of July was no different, as evidence surfaced which indicates that MI5 covered up for members of Margaret Thatcher’s government who were accused of abusing children.

Newly released documents show that the Director General of MI5 from 1985 to 1988, Anthony Duff, told Thatcher’s Cabinet Secretary  that an unnamed MP had a “a penchant for small boys”.

Duff’s 1986 letter to the Cabinet Secretary reveals that he accepted the MP’s denial of any wrongdoing largely on the basis that: “At the present stage… the risks of political embarrassment to the government is rather greater than the security danger.”

The former MI5 boss clearly writes that the “political embarrassment” of such a revelation being released to the public is more important than protecting innocent children from harm. Can you think of a more repugnant act than covering up for alleged pedophiles who inflict so much pain, suffering and psychological trauma on their victims?

MI5 is also accused of being complicit in covering up rampant sexual abuse at the Kincora children’s home in the North of Ireland, in what Amnesty International called “one of the biggest scandals of our age”.

As the Belfast Telegraph reported last year, at least three men who were opposed to the crimes informed MI5 that children were being abused at the Kincora home in the 1970’s, yet nothing was done.

The security organisation is alleged to have turned a blind eye to the child abuse and blocked police investigations into the home.

Many have asserted that British intelligence blackmailed child sex abusers as opposed to prosecuting them, using information about pedophilic activities as leverage to control high-level political figures.

Former UK Prime Minister, Edward Heath, is the latest figure to be accused of being involved in child abuse, after the news emerged that he is being investigated by five police forces.

Attempts to set up an objective investigation into the true scale of pedophilia in Britain’s leading institutions are in disarray, with two previous chairs of the so-called independent inquiry into child sex abuse forced to step down due to links to the establishment.

Justice Lowell Goddard, a New Zealand judge, is now leading the inquiry, a job which is reported to come with a salary of close to £500,000 a year.

In a nation where high-level corruption is the norm and so many within the establishment have their hands dirty with the cover-up of crimes, can we really expect any semblance of justice to arise from this investigation?

While most ordinary people consider pedophilia to be one of the most repulsive acts imaginable, there are some perturbed individuals who are trying to rebrand the perversion as a normal sexual practice.

At a conference held by the University of Cambridge in the summer of 2013, certain academics reportedly argued that pedophilia is a “natural and normal” practice for males to engage in. The repugnant conference illustrates the fact that some within the top stratum of academia are set on pushing the boundaries of what most people would consider normal behavior.

Calls for normalizing pedophilia are not confined to the UK however, as last year an Australian judge sparked outrage when he stated that society may come to view sexual relations between adults and children as acceptable and no longer “unnatural” or “taboo”.  The judge added that “a jury might find nothing untoward” about incest in future years.

With certain individuals pushing for such predatory and disturbing behaviour to be considered acceptable, it is essential that people around the world stand up and protect innocent children in the years to come.

From the UK’s pedophile epidemic to its repugnant foreign policy, it is clear that the British establishment is rotten to the core with corruption and is in need of urgent reform.

Westminster should spend less time destabilizing and destroying other nations around the world, and dedicate more time to prosecuting pernicious individuals who have been (or are) involved in child abuse.

It is also time for the ordinary people of Britain to stand up and demand our morally-bankrupt political class be held accountable for their crimes!

It appears Britain suffers from the same evil detestable collectivist agenda as we do here in the States.     Check out “THE ANGLO-AMERICAN ESTABLISHMENT (1981) by Carrol Quigley for more understanding of this.

BLOODLINES OF THE ILLUMINATI

If you seek truth and want to help restore Our Constitutional Republic please subscribe and share the valuable information contained on this site.

All content on TRUTH TALK NEWS, United FM Radio and HowardNema.com are for the purposes of FAIR USE. All content herein can be used by anyone in accordance with U.S. Copyright law. 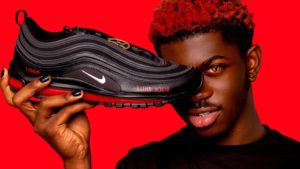 RAPPER’S SATANIC SNEAKERS MADE WITH HUMAN BLOOD QUICKLY SELL OUT! 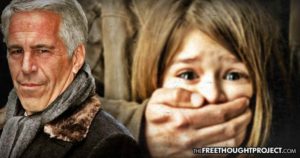 180,000 SEALED FEDERAL INDICTMENTS AND RISING: WHEN WILL THE MASS ARRESTS BEGIN–OR HAVE THEY STARTED?

EXPLICIT VIDEOS SURFACE OF HUNTER BIDEN HAVING SEX WITH MINORS