Skip to content
ARCHIVES » ORIGINS OF THE CHRISTMAS TREE

The earliest mention of December 25 as Jesus’ birthday comes from a mid-fourth-century Roman almanac that lists the death dates of various Christian bishops and martyrs.

The first date listed, December 25, is marked: natus Christus in Betleem Judeae: “Christ was born in Bethlehem of Judea.”

Around 400 C.E., Augustine of Hippo mentions a local dissident Christian group, the Donatists, who apparently kept Christmas festivals on December 25, but refused to celebrate the Epiphany on January 6, regarding it as an innovation.

Since the Donatist group only emerged during the persecution under Diocletian in 312 C.E. and then remained stubbornly attached to the practices of that moment in time, they seem to represent an older North African Christian tradition.

In the East, January 6 was at first not associated with the magi alone, but with the Christmas story as a whole.

So, almost 300 years after Jesus was born, we finally find people observing his birth in mid-winter.  The origins of Christmas is  borrowed from pagan celebrations.

The Romans had their mid-winter Saturnalia festival in late December; barbarian peoples of northern and western Europe had holidays at similar times.

In 274 C.E., the Roman emperor Aurelian established a feast of the birth of Sol Invictus (the Unconquered Sun), on December 25. Christmas, the argument goes, is really a spin-off from these pagan solar festivals.

According to this theory, early Christians deliberately chose these dates to encourage the spread of Christmas and Christianity throughout the Roman world.

If Christmas looked like a pagan holiday, more pagans would be open to both the holiday and the God whose birth it celebrated.

In fact, the Roman Catholic Church, who have long been infiltrated by Luciferians are behind this deception, one of many that have hoodwinked society since ancient times.    In later years, other Christian denominations filed suit completing the deception we know today as “Christmas”.

According to esoteric philosophy, the name “Lucifer” is an ancient term for Venus, the morning and evening star – the “elder sister” of our Earth.

The New Age philosophy incorporates  Paganism, Theosophy and Satanism.    This is the intended and ongoing course promoted by the elite secret societies to this day. 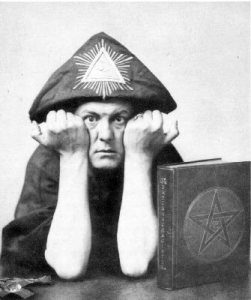 As Satanist Aleister Crowley proclaimed, “Do as thou wilt shall be the whole of the Law.” 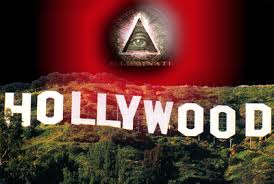 This reasoning has been heavily promoted in pop culture by Hollywood and all forms of mainstream media.

Evidence of this reality can be seen in the demoralization and decay of society via liberalism and the “free love” and drug counter-culture of the 1960’s.

As today’s New Age mass media manipulation of society continues to serve the Pagan Luciferian cause, Jews, gentiles and Christians alike are willingly drawn into the fold, like sheep to the slaughter.

The following article was first published by the Russian newspaper “Novoye Vremya”. 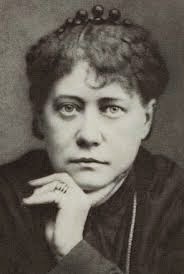 The article was translated into English and published by Helena P. Blavatsky, in the March 1891 edition of her magazine “Lucifer“, pages 62-63:

The custom of the Christmas tree is a very recent institution. It is of a late date not only in Russia, but also in Germany, where it was first established and whence it spread everywhere, in the New as well as in the Old World.
In France the Christmas tree was adopted only after the Franco-German war, later therefore than 1870.
According to Prussian chronicles, the custom of lighting the Christmas tree as we now find it in Germany was established about a hundred years ago.   It penetrated into Russia about 1830, and was very soon adopted throughout the Empire and the richer classes. 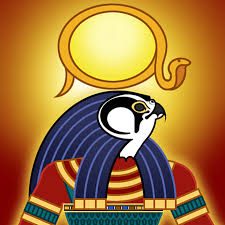 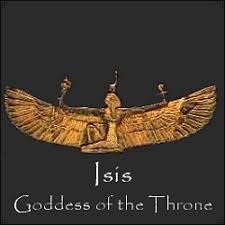 It is very difficult to trace the custom historically. Its origin belongs undeniably to the highest antiquity. Fir trees have ever been held in honour by the ancient nations of Europe. As ever-green plants, and symbols of never-dying vegetation, they were sacred to the nature-deities, such as Pan, Isis and others.

According to ancient folklore the pine was born from the body of the nymph Pitys (the Greek name of that tree) [1], the beloved of the gods Pan and Boreas. During the vernal festivals in honour of the great goddess of Nature, fir trees were brought into the temples decorated with fragrant violets.
The ancient Northern peoples of Europe had a like reverence for the pine and fir trees in general, and made great use of them at their various festivals.
Thus, for instance, it is well known that the pagan priests of ancient Germany, when celebrating the first stage of the sun’s return toward the vernal equinox, held in their hands highly ornamented pine branches. And this points to the great probability of the now Christian custom of lighting Christmas trees being the echo of the pagan custom of regarding the pine as a symbol of a solar festival, the precursor of the birth of the Sun.
It stands to reason that its adoption and establishment in Christian Germany imparted to it a new, and so to speak, Christian form.
[2] Thence fresh legends – as is always the case – explaining in their own way the origin of the ancient custom. We know of one such legend, remarkably poetical in its charming simplicity, which purports to give the origin of this now universally prevailing custom of ornamenting Christmas trees with lighted wax tapers.
Near the cave in which was born the Saviour of the world grew three trees – a pine, an olive, and a palm. On that holy eve when the guiding star of Bethlehem appeared in the heavens, that star which announced to the long-suffering world the birth of Him, who brought to mankind the glad tidings of a blissful hope, all nature rejoiced and is said to have carried to the feet of the Infant-God her best and holiest gifts.
Among others the olive tree that grew at the entrance of the cave of Bethlehem brought forth its golden fruits; the palm offered to the Babe its green and shadowy vault, as a protection against heat and storm; alone the pine had nothing to offer. The poor tree stood in dismay and sorrow, vainly trying to think what it could present as a gift to the Child-Christ. Its branches were painfully drooping, and the intense agony of its grief finally forced from its bark and branches a flood of hot transparent tears, whose large resinous and gummy drops fell thick and fast around it.
A silent star, twinkling in the blue canopy of heaven, perceived these tears; and forthwith, confabulating with her companions – lo, a miracle took place.
Hosts of shooting stars fell down, like unto a great rain shower, on the pine until they twinkled and shone from every needle, from top to bottom. Then trembling with joyful emotion, the pine proudly raised her drooping branches and appeared for the first time before the eyes of a wondering world, in most dazzling brightness.
From that time, the legend tells us, men adopted the habit or ornamenting the pine tree on Christmas Eve with numberless lighted candles.
NOTES:
[1] Pitys: A nymph beloved by the god Pan and changed into a fir tree. (Note by H.P.B.)

[2] As in the case of many other such customs, even dogmas, borrowed and preserved without the least acknowledgement. If the source is now confessed, it is because in the face of research and discovery it can no longer be helped. (Note by H.P.B.)

It is critical that you take the initiative to confirm the information contained in this presentation.

If you seek truth and want to help restore Our Constitutional Republic please subscribe and share the valuable information contained on this site. Thank you for your continued support.

All content on TRUTH TALK NEWS and HowardNema.com are for the purposes of FAIR USE.

All content herein can be used by anyone in accordance with U.S. Copyright law.

1 thought on “ORIGINS OF THE CHRISTMAS TREE”