This is nothing new.  It has been going on for decades.

The fact is, prescription opioid addiction is as high as the cost of Obamacare and is running rampant across America.  But this recent DOJ bust merely scratches the surface of billions and billions of dollars of waste, fraud and abuse in the US Healthcare system.

Let’s begin with the fact that Pharmaceuticals are responsible for more addition here in America than heroin and cocaine combined.     This is not an accident.      It is absolutely deliberate and absolutely evil.

From the start, more than 20 years ago, Big Pharma knew that OxyContin was highly addictive, but they calmed concerns with industry funded studies to maximize profits by downplaying the dangers.

Since the founding of Medicare and Medicaid, physicians have committed generational fraud against the system and now, their greed has made many of them drug dealers.

Today it is clear that we can no longer trust our doctors implicitly.  There are bad doctors.  More than any of us would like to admit.  This form of white collar crime not only breaks the trust between physician and patient and reveals a corrupt underbelly Big Pharma does their best to suppress, but it violates the physicians Hippocratic Oath to heal, not harm.

Worse, the greed and corruption of doctors, insurance and drug companies are why healthcare costs in the US are highest in the world, yet our quality of care ranks #37.  There is only one reason for this atrocious statistic: SYSTEMATIC  CORRUPTION and COLLUSION between Big Pharma, insurance companies and physicians.

While many doctors complain about the high cost of malpractice insurance, they ignore the fact that this type of corruption and organized crime is rampant.   So is death by overdose of OxyContin and heroin.

More and more doctors have become illicit drug dealers.   The problem is far worse than most realize.  The Affordable Care Act, which expanded Medicaid has fueled the fires of both corruption and addiction of the poor, keeping them impoverished and dependent on the system to get their fix.   Or find it out on the streets.

As the medical industry finally recognized the national opioid crisis and limited usage of OxyContin, heroin addiction has soared.  We can all thank the Shadow Government’s 16 year involvement in Afghanistan, revealing a direct correlation to the increase in heroin and opioid addiction here in the States.  Let us also not forget the Brotherhood of Death have a penchant for illicit drug trafficking since the days of the Opium Wars of the 19th century?

Medical elitists also ignore the fact that more than 200,000 Americans die every year as a result of medical mistakes.

Ask your doctor if cancer and other deadly big pharma side effects are right for you.   This medical mafia racket is well protected by corrupt forces in the FDA who have aligned with Big Pharma and the AMA.  The fact is,  the more than $30 billion in annual judgements against Big Pharma for causing injury and death is simply a cost of doing business.  After all, Big Pharma generates more than $300 billion in sales each year in America alone. This is BIG BUSINESS with a sinister agenda hidden in plain sight.

Hopefully, things are beginning to change for the better.  Yesterday, the Department of Justice indicted 412 people in the largest combined case of health care fraud in history.  As Americans see healthcare costs rise, how much are costs inflated by this systematic fraud and corruption?

As large as this bust was, it is only the tip of the iceberg.  Of the 412 people facing charges across 41 federal districts, the DOJ alleges have extracted $1.3 billion in false billings.  The defendants include 115 doctors and licensed medical professionals.

120 of the defendants, including doctors, face charges for prescribing and distributing opioids and other narcotics.

Co-conspirators were paid cash kickbacks for supplying information so that providers could bill Medicare for services that were not provided and prescribing and distributing medically unnecessary drugs to people other than who they were prescribed.

The racket targeted Medicare, Medicaid, and TRICARE, which provides health insurance for veterans and their families.

Attorney General Sessions stated, “Too many trusted medical professionals like doctors, nurses, and pharmacists have chosen to violate their oaths and put greed ahead of their patients.  Amazingly, some have made their practices into multimillion dollar criminal enterprises. They seem oblivious to the disastrous consequences of their greed. Their actions not only enrich themselves often at the expense of taxpayers but also feed addictions and cause addictions to start. The consequences are real: emergency rooms, jail cells, futures lost, and graveyards.” 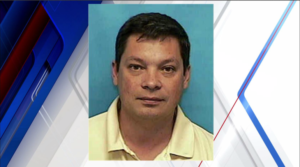 Dr. Patel is alleged to have regularly sold to addicts for his own profit. Many of these patients filled the prescriptions using state healthcare benefits, and then turned around and sold the pills on the street, contributing to our devastating opioid epidemic,”  US Attorney for the District of Connecticut, Deidre M. Daly  said.

“Dr. Mansourov is also charged with bilking state and federal governments of over $4 million through a phony billing scheme.”  Mansourov is still being sought by authorities.

Patel and Mansourov routinely provided prescriptions for narcotics, including oxycodone and hydrocodone, to patients he knew were addicted or had been arrested for distributing or possessing controlled substances.  Patel also gave prescriptions to patients for cash.  He would also write scripts for people who were not his patients.

Patel and  Mansourov provided patients with unnecessary prescriptions and post-dated prescriptions to individuals, sometimes postmarked with future dates when the doctors were out of the country.

Patel and Mansourov defrauded Medicare and the Connecticut Medicaid Program. The complaint states that  individuals who paid Patel cash for prescriptions used a state Medicaid card and then illegally distributed the drugs.

Between November 2013 and December 2016, Mansourov defrauded the state’s Medicaid program of more than $4 million by billing for home, nursing home and office visits that never happened and billing for visits that he claimed took place on dates on when he was out of the state or country.

Michael Ferguson of the DEA said, “the reckless actions by these two doctors by writing prescriptions outside the scope of their legitimate medical practice contributed to the widespread abuse of opiates, which is a gateway to heroin addiction and is devastating our communities.  In response to the ongoing opioid epidemic, DEA is committed to improve public safety and public health by working with our law enforcement and regulatory partners to ensure these rules and regulations are strictly followed,” .

The National Heath Care Anti-Fraud Association estimates conservatively that health care fraud costs the nation about $68 billion annually — about 3 percent of the nation’s $2.26 trillion in health care spending. Other estimates range as high as 10 percent of annual health care expenditure, or $230 billion.

Since 2007, the Medicare Fraud Strike Force has charged over 3,500 defendants  for over $12.5 billion in healthcare fraud.

Attorney General Sessions noted, “While today is a historic day, the department’s work is not finished. In fact, it is just beginning.  We will continue to find, arrest, prosecute, convict, and incarcerate fraudsters and drug dealers wherever they are.  We will use every tool we have to stop criminals from exploiting vulnerable people and stealing our hard-earned tax dollars.  We are continuing to work hard to develop even more techniques to identify and prosecute wrongdoers.”

Amen.   It is refreshing to see a Justice Department actually enforcing existing laws.  It is long past time we took a close look at the rising cost of healthcare and stop the systematic corruption that burdens the people and enriches crony capitalists at the expense and health of the American people.  Attorney General Sessions actions against these evil and corrupt physicians are very promising after 8 years of obstruction of justice.

However, still, one must ask oneself, if some doctors are willing to feed addicts and create new ones for profit, what other evils are they willfully, or unknowingly committing under the cloak and protection of powerful corrupt elements at the AMA, FDA and CDC?

Realizing these facts, no wonder corrupt democrats and republicans alike, who are in the pockets of the Medical Mafia are looking out for their own self interests and fighting tooth and nail to keep Obamacare intact.

We must deconstruct healthcare and other corrupt alphabet soup institutional systems to help the people, not exploit or hinder the people.

Nearly 1/3 of Americans, more than 90 million people are able, but not participating in the workforce.  It is long past time we return  to the founding principles that made America the wealthiest and most powerful nation in the world.  We must restore the general welfare of the people, not generally put the people on welfare.