Skip to content
ARCHIVES » POVERTY, DEINDUSTRIALIZATION AND THE NEW WORLD ORDER
Poverty, Deindustrialization and the New World Order are omipresent in America. Some of it can be seen in plain sight. Some of it can't be seen even though it is right in front of people's eyes. Some of it is overlooked. Most of it is ignored. Even with the incredible economic turn around over the last last 3 years, the globalist War on America has done severe damage since the 1970's. Inflation, dollar devaluation, globalism, endless foreign Wars and entaglements have only served the global elite's dominating goals, weakening America and saddled our nation and its people with unsustainable debt.

Poverty, deindustrialization and the New World Order is omnipresent in America. Some of it can be seen in plain sight. Most of it is ignored.
Even with the incredible economic turn around over the last last 3 years, the globalist War on America has done severe damage since the 1970’s. Inflation, dollar devaluation, globalism, endless foreign wars and entaglements have only served the global elite’s dominating goals, weakening America and saddling our nation and its people with unsustainable debt.
Much has been done to increase poverty in America over the last 50 years. The economic reasons should be obvious and resonate to all, but sadly, far too many don’t.
In 1971, Nixon removed the US from the gold standard, which allowed banks to completely create money out of thin air backed by nothing but the sweat and blood of US tax payers burdened with their own debt and increasing taxes to pay interest to the Federal Reserve on the ever increasing National Debt, which hovers around $22 trillion today. That coupled with wasteful spending, special interests, corporate welfare and corrupt politicians have helped add millions to the welfare rolls.
The social aspects of increasing poverty are even more transparent, or atleast, the should be. Debt, drugs, divorce, broken homes, dumbing down of the overfunded and underperforming public education system, violence, crime and mass media manipulation have contributed greatly to poverty in America; and the $22 trillion spent so far on the War on poverty is yet another government sieve, a bottomless pit of pilfering tax dollars that ultimately gets funneled up to the top of the elite food chain, helping the uber rich to get richer, while slowly sinking the middle class into poverty.
This incremental negative impact is felt in our collective pockets every day.
To understand the redirection of America’s economy since the 2016 election, the Great Banker’s Swindle of 2007, the 2008 economic collapse and the criminal banker bailouts, one must focus on the statistics. Some are very good. And some are still worrisome.
Although much has changed positively under the Trump Administration, increased GPD growth, 3% rise in wages, mostly reflected in the lower income brackets, shrinking welfare and food stamp rolls, the reality is that some things, like the national debt and quantatative easing remains to be an ever increasing threat to our Nation.
This threat continues to undermine all of the job growth, rising wages, gains in the stock market, reduction in unemployment and trade negotiations that have helped America flourish under the Trump Administration. The statistics are concerning, potentially forecasting risk of another recession toward the end of 2020 or early 2021, but these are only forecasts. Or I should say, concerns.
Instability caused by the recent bio-weapon, the Pirbright Institute patented corona-virus invented by Erica Bickerton, Sarah Keep, Paul Britton, assigned by Woking and the Pirbright Insitution, (whose patent, No. 10, 130, 701 B2 patented on Novemeber 20, 2018 can be found here at HowardNema.com.)
The Corona-virus was released in China and has shaken global markets and led to a fall in stock prices. As discussed previously in episode 18, Big Pharma Big Profits, this has become an annual ritual occurance, and every year, it shakes the markets.
Markets hate unpredictabilty. Still, the overall picture of America is far brighter than it was under both the Obama and Bush administrations, who exploded the national debt and bled US jobs in favor of globalist agendas and crony corporations, designed to weaken America, increase poverty and unemployment, while increasing the wealth and jobs in foreign economies like China and India.
That said, the numbers are remarkable. Black unemployment is at an all time low hovering around 6%. Hispanic unemployment numbers are even better at nearly 4%. Today, the labor participation rate is at more than 63%, slightly below the all time high of 67.3% in January, 2000. Labor Force Participation Rate in the United States averaged 62.88 percent from 1948 until 2019. The record low labor participation rate of 58.10 percent occured in December of 1954.
The following is a May 5, 2011 article by Dario Barrebi, Poverty in America: Social Changes & Global Crises published on poverties.org
“Looking at poverty in the American continent is essential to better understand how the former colonies have evolved into radically different countries. Country by country, analyzing the social and economic paths taken, we can see the effects of discrimination, land ownership, wealth distribution & corruption.
Investigating poverty in America obviously poses the question of which America we’re looking at: the United States or the continent as a whole. North and South America have experienced extremely different types of colonisation and independence movements which have impacted their level of development until today.
Everything from land ownership to discrimination can be traced back to the colonisation era. If you want to understand the origins of this huge wealth difference between North America and South America, we recommend reading more on the common causes of poverty which still affect pretty much every single continent today.

2 thoughts on “POVERTY, DEINDUSTRIALIZATION AND THE NEW WORLD ORDER” 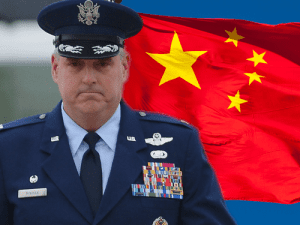