China and communists across America and around the world are celebrating the successful coup on our great Republic.

America as we knew her is gone forever. Gone with the winds of a communist Chinese change. A brazen, provable coup occurred right before everyone’s eyes. A coup that was completely ignored by republicans, governors, the Judicial Branch, the Supreme Court and even the Military despite overwhelming evidence of massive voter fraud. God help us. Clearly, our government won’t.

So now a senile plagiarist politician has stolen the most powerful office on earth with the help of his shady and treasonous ties to China and other enemies that interfered with the 2020 elections. The writing is on the wall.

Make no mistake about it. Joe Biden’s China coup has established a totalitarian socialist state on the road to world government, forced vaccinations, political quarantines, gulags and death camps for dissenters.

Never will these totalitarians allow power to be taken from them again. They will tell us how to live. What to eat. What we can say. What we can do. They will restrict movements and our liberties to control us while impoverishing and seizing property.

Conservatives, Republicans, Christians and religious people will continue to be persecuted as we have seen during the tyrannical China bio-weapon COVID-19 that was released on the world a year ago and covered up by the UN World Health Organization and China as it spread across the world.

Then there is Jesuit pawn, democrat operative and anointed virus prophet Dr. Deception Anthony Fauci. Using fear tactics and totalitarian means, aided by 24/7 mass media brainwashing, Fauci has terrorized the world with lies and disinformation to control the behavior of people. The fact is more than 99% of people who get COVID-19 recover.

This devious and insidious manipulation was used as a pretext to create the environment where the 2020 election could be stolen. Democrats achieved this globalist deep state coup working hand in glove with the World Health Organization, the CDC and with the help of communist China, Iran, Italy and other countries. This is a provable fact.

Face it, America and the world have been sold a deadly bill of goods and it will only get deadlier. Much deadlier.

Aside from the staggering increases in suicides, depression, anxiety and other deaths as a result of the lockdowns, after only several months of this social engineering psychological operation we now have what I like to call COVID zombies. These terrified, brainwashed compliant, self destructive socially engineered slaves are far more dangerous than the virus itself.

They cannot think for themselves. You see them walking their dogs or driving in their cars alone or cautiously skulking through the aisles in the supermarkets wearing masks and gloves, scouring their shopping carts with disinfectant wipes, always maneuvering to make certain of maintaining a safe 6 feet away from a potentially infected person.

You know, the people who look at you with terror in your eyes like you are a serial killer because you are not wearing a mask and closing in on them. They even back away from you, or rush off in a panic. Or the Karen that lectures you then complains to the store manager after you spend five minutes trying to educate her on the science that masks don’t work.

Those terrified, compliant brainwashed minds are what I call COVID zombies. If you see one ask her or him when will they stop wearing masks? What day? What month? What year?

Trust me, they will look at you in dumb amazement and not know how to respond. After all, it wasn’t their decision to wear the mask in the first place. Until the authority figures, who they have been trained to obey have not told them it is safe to not wear a mask, they cannot answer. It is like a bizarre rendition of the Milgram Experiment.

The end game of all of this has been decided long ago. It was even written in stone in 1980 in Elberta, Georgia. The Georgia Guidestones. The evil has just begun. In the future, mark my words, those who resist the “reason” of the New World Order agenda carved in stone will be demonized and destroyed. Just as the Nazis demonized the Jews, using the same propaganda tactics, so will Patriots and conservatives be demonized. In the not too distant future we will be forced into compliance, imprisoned or executed.

But instead of using gas chambers to expedite mass exterminations, today’s totalitarians are using vaccines and bio-weapons. Now that the sheople have been properly conditioned to fear the COVID, comply with lockdowns, face masks and social distancing, it will be easy to further condition them to accept greater and greater losses of freedom and wealth. So expect that old “deadly virus mutation” hoax psyop to continue indefinitely.

Many of the people will see this evil as it unfolds. For the fifth year in a row, New York State has just introduced a bill that can forcibly detain people the State has deemed a threat to public health at “medical facilities”. This could easily be used as a ruse to detain political enemies or Patriots. Medical facilities could easily be a euphemism for concentration camps. Or worse.

There are some very ominous signs from the past lurking in our near future. Many will remain silent as did the German people as Patriots are targeted and labeled as terrorists and enemy combatants, complete with mainstream media propaganda. Just like as the Nazis did.

And as the socialism increases, so will the tyranny. After all, Vladimir Lenin himself said that ‘socialism eventually leads to communism”. And as history has proven time and time again, communism is pure evil.

Communism is not justice and equality. It is slavery and genocide.

In the last century the spread of communism killed more than 100,000,000 people. It is a genocidal ideology. This is the main reason why the Great Tax Exempt Foundations like the Rockefeller, Carnegie and Ford Foundation promoted communism via the funding of education and more importantly, Allopathic medical education. These wealthy industrialist elitists were all racist eugenicists. The Carnegie Endowment funded the founding of the United States Eugenics Office in Cold Spring Harbor, NY. The Rockefeller Foundation’s main focus has always been eugenics, or what has has now morphed into what is now bio-genetics. The Rockefeller Foundation also funded deviant pedophile Alfred Kinsey’s notorious sex studies that led to the sexual revolution and began the designed incremental breakdown of the family unit. Of course it was was also the Rockefeller Foundation that funded the founding of racist eugenicist Margaret Sanger’s American Birth Control League, the evil organization that became Planned Parenthood.

Considering these facts, one can see why the communists who call themselves democrats are so pathologically focused on funding for Planned Parenthood and protecting a woman’s “right to choose”.

As we move down the road further into New World Order tyranny we will all learn that the “right to choose” doesn’t include vaccines.

Today’s generational billionaire depopulation enthusiasts are no different than Rockefellers or the Carnegies of days past. People like Bill Gates and other genocidal UN/Club of Rome/Trilateral elitists continue the tradition and continue to push for world socialism.

The communists who call themselves democrats and their cancerous spawn of wickedness masked by good intent, social justice, fairness and equality is in reality a path to genocide with pure ever rising tyranny dished out by Malthusian eugenicist oligarchs and royalty. Fact. Here’s another fact:

Bejiing Biden and the communists who call themselves democrats have executed the most brazen, obvious, blatant, verifiable election fraud coup in world history. They have hijacked Our Republic and are already unleashing violent communist tactics on all who would dare to resist this treasonous “Great Reset.”

In his first 100 days as the illegitimate dictator of Our Republic Joe Biden promises 100 days of darkness and 100,000,000 Americans vaccinated.

Is it dark because the “experts” saying we will still have to wear masks and social distance even after getting jabbed? Or does it mean we will be forced into lockdown again for 100 days “flatten the curve” of a new COVID strain? Or does it really mean there will be 100 days of darkness to finish killing small business under the guise of a deadly new COVID strain?

Maybe the 100 days of darkness involves keeping us confined to our homes so they can come for our guns? Or worse. To round up Patriots, conservatives, Christians and dissenters and forcibly take them to re-education camps as they have suggested? After all, they want to ban conservative news so why not? All under the guise of public health safety, of course. You know, like that bill in New York? Or… Maybe it could be even worse than that. The devil is in the details. He is also in the White House.

ALL THE BOOKS LISTED ABOVE CAN BE FOUND AND DOWNLOADED FREE FROM THE CATALOGUE BOOKS YOU MUST READ TO UNDERSTAND THE NEW WORLD ORDER – howardnema.com

TRUTH TALK NEWS has been exposing the elite global depopulation agenda for more than a decade. The research material catalogued at HowardNema.com is a path of breadcrumbs to understanding what is now happening in Our world. Here you will find hundreds of suppressed books, documents and white papers available for free download. 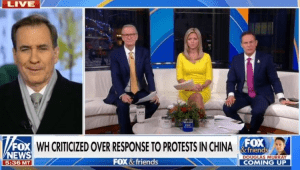 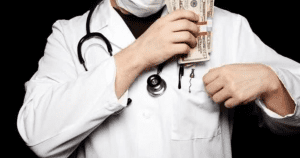 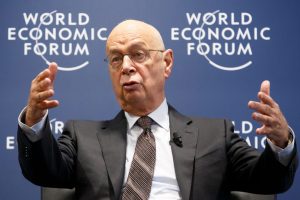 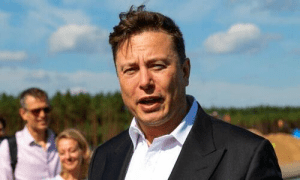