Echoes of Epstein resound as the New World Order continues its inplausible coverups of murders of people who endanger the deep state players and operations. The media ridicules logical reasoning as wild “conspiracy theories.” Make no mistake about it, this is no wild theory, but rather a very real and very active conspiracy. It is a conspiracy of silence and it is a clandestine war on we the people, in so many ways.

John Mc Afee spoke the truth about the deep state.

McAfee went on the record in October that if it was reported that he hanged himself, “know that if I hang myself a la Epstein, it would be no fault of mine”, he posted on twitter. Indeed.

The evil New World Order shadow government, or deep state, operated and kills with impunity, as they have the media, corrupt government officials and politicians in their pockets. They are always given cover by the corrupt controlled mainstreal media and their corrupt insider cronies who provided the access so Jeffrey Epstein could be either killed, or his death faked.

There is a long history of such elitists either being rescued or eliminated by the deep state cabal. This happens all the time when elitist operators get caught with their hands in the proverbial cookie jar.

In 2019, John McAfee said he had “31+” terabytes of “incriminating” information on “elite” world officials, which he promised would be released in the event of his death or disappearance. In a video released shortly before his arrest, McAfee explained knowledge of the U.S. “Deep State” in some detail.

July 20, 2020 John McAfee published this video calling out the so called US deep state. One week later they issued a warrant for his arrest and he was arrested in Spain. Less than a year later he’s dead in a Spanish prison pic.twitter.com/l86DntBqFU

Ken Lay and the Enron scandal comes to mind. Lay conveniently “died of a heart attack” just three months before he was to be sentenced after being found guilty of 10 counts of securities fraud that left 25 year Enron employees penniless. Due to Lay’s corruption, funneling money to the hidden masters behind the deep state, Enron employees lost their pensions and retirement benefits as a result.

Then there was the D.C. madam Deborah Jeanne Palfrey. Palfrey went on the Alex Jones show and stated she would not kill herself. Days later she was found dead hanging in her mother’s garage. John Mc Afee also stated that he would not hang himself. It should be clear how investigations into these suspicious deaths ruled suicide are routinely squashed and squashed quickly.

The use of plausible deniability to explain away these murders and fake deaths is getting old. It is very transparent, yet no one clamours loud enough to stop it.

The Clinton Crime family’s body cound comes to mind. How can it be a coincidence that dozens and dozens of individuals who could have damaged the Clinton’s rise to power and influence since the 1980’s, died under extremely suspicious circumstances?

From Governor Bill Clinton moving drugs and guns through a CIA controlled airport in Mena in the 1980’s to Seth Rich’s 2016 murder, there have been many suspicious deaths that all helped advance, or maintain the Clinton Crime Family’s power.

After all, how many people could get away with destorying evidence by smashing Blackberry phones with hammers and bleach bitting hard drives without going to prison ? The answer is none. The fact is, the Satanic deep state protects it’s own.

Especially a High Priestess like Hillary Clinton. Still, as mentioned, the deep state’s use of plausible deniabilty is getting old. It is typical, transparent and getting harder and harder to believe. READ HILLARY’S EMAILS HERE

The evil controlled mainstream media never digs into these suspicious deaths, always accepting the “official story”. This goes for people who endangered the deep state like Epstein, Palfrey and Mc Afee as well as massive psychological operations like 9/11 and the COVID-19 scamdemic.

John McAfee Repeatedly Warned He Would Be ‘Suicided’ In Jail ‘A La Epstein,’ Called Out ‘Deep State’ Days Before Arrest

“Know that if I hang myself, a la Epstein, it will be no fault of mine,” McAfee promised after being thrown in jail

John McaFee, the antivirus pioneer, cryptocurrency advocate, and former libertarian U.S. presidential candidate who was found dead in a Spanish jail cell on Wednesday, repeatedly warned supporters that he believed he would killed by the U.S. government while in jail via an assassination staged as a suicide. Local authorities have claimed that the 75-year-old’s death “looks like a suicide.”

On November 30, 2019, Mcafee tweeted, “Getting subtle messages from U.S. officials saying, in effect: “We’re coming for you McAfee! We’re going to kill yourself”. I got a tattoo today just in case. If I suicide myself, I didn’t. I was whackd. Check my right arm.” A photo accompanying the tattoo showed a tattoo on McAfee’s arm titled ‘WHCKD,” a cryptocurrency Mcafee had launched to draw attention to the “suicide” of Jeffrey Epstein in jail earlier that year.

Getting subtle messages from U.S. officials saying, in effect: “We’re coming for you McAfee! We’re going to kill yourself”. I got a tattoo today just in case. If I suicide myself, I didn’t. I was whackd. Check my right arm.$WHACKD available only on https://t.co/HdSEYi9krq pic.twitter.com/rJ0Vi2Hpjj

“I am content in here. I have friends. The food is good. All is well. Know that if I hang myself, a la Epstein, it will be no fault of mine,” McAfee wrote from jail in October 2020, following his arrest in a Spanish airport.

The food is good. All is well.

Know that if I hang myself, a la Epstein, it will be no fault of mine.

McAfee’s tweets from jail continued to reinforce his assertion that he would not commit suicide by his own hand in jail, and even showcased optimism about his future if he could avoid extradition to the U.S..

“In a democracy, power is given not taken,” McAfee wrote  on June 18, 2021 in the final tweet before his death. “But it is still power. Love, compassion, caring have no use for it. But it is fuel for greed, hostility,  jealousy… All power corrupts. Take care which powers you allow a democracy to wield.”

McAfee claimed in 2019 to have “31+” terabytes of “incriminating” information on “elite” world officials, which he promised would be released in the event of his death or disappearance. In a video released shortly before his arrest, McAfee explained knowledge of the U.S. “Deep State” in some detail.

July 20, 2020 John McAfee published this video calling out the so called US deep state. One week later they issued a warrant for his arrest and he was arrested in Spain. Less than a year later he’s dead in a Spanish prison pic.twitter.com/l86DntBqFU 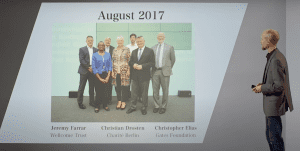 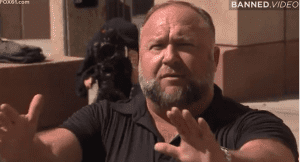 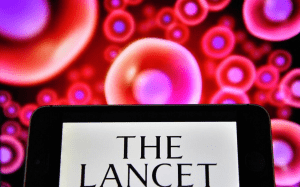 I Thought the Lancet was a Medical Journal

I Thought the Lancet was a Medical Journal 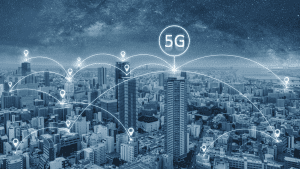