Skip to content
ARCHIVES » GLOBAL EXCLUSIVE: GEN. MILLEY WAS PART OF A LARGER COUP OPERATION BEING PREPARED BY THE DEEP STATE AGAINST TRUMP

Nancy Pelosi has confirmed that top Democrats working with traitors in the Pentagon had prepared a plan to remove Trump from office if he didn’t step down. Milley was developing the false pretext with no evidence that Trump wanted to attack China as the cover to organize his palace coup.

Tune in for the exclusive details! WATCH LIVE: THE MOST CENSORED NEWS BROADCAST IN THE WORLD (banned.video)

And there it is. Fox News host Tucker Carlson on Wednesday night just came out and said it, bottom-line: Gen. Mark Milley, Chairman of the Joint Chiefs of Staff, committed treason and should be fired.

Mark Milley was seizing personal control of America’s nuclear arsenal. He went around the room and demanded his officers submit to his authority, not the president. Mark Milley was now in charge. https://t.co/eMbpeOf7NX

At issue for the beleaguered general are two blockbuster claims made in Bob Woodward and Robert Costa’s new book, “Peril.” Those two claims are as follows, as reported by Washington Examiner:

At the end of the Trump presidency, Milley appears to have given an illegal order to countermand the president’s authority to launch a nuclear strike, and:

A second order in which Milley purportedly told his Chinese counterpart he would tip him off if President Donald Trump were to order an attack on China.

Woodward and Costa obtained a transcript that provides details of the call between Milley and House Speaker Nancy Pelosi two days after the assault by Trump supporters on the U.S. Capitol, in which Pelosi says the president is unhinged and dangerous. “He’s crazy. You know he’s crazy,” Pelosi tells Milley. “He’s crazy and what he did yesterday is further evidence of his craziness.”

As transcribed by Woodward as Costa:

Milley replies, “I agree with you on everything.” The book details how Milley summoned senior officers to review the procedures for launching nuclear weapons and saying he needed to be in the loop, even though he is not in the chain of command.

“I can guarantee you, you can take it to the bank that there’ll be, that the nuclear triggers are secure and we’re not going to allow anything crazy, illegal, immoral or unethical to happen,” he tells Pelosi on the call.

“There’s something about the term ‘deep state’ that sounds paranoid, even nutty,” said Tucker. “As of just a few years ago, you mostly heard the phrase from relics on the far-left, the kind of people who lecture you about the United Fruit Company and the toppling of Mosaddegh.”

The term, then and now, suggests that our democracy is fake. Elections and domestic politics are a sideshow. No matter who you vote for, in the end, the same people still run everything.

That’s a pretty dark understanding of the American system. If you’re a normal person who grew up here, it’s the last thing you want to believe about your country. It seems crazy.

He added: “And then you read stories like this one.”

According to reporting this summer, in the days after last November’s election, Mark Milley, the chairman of the Joint Chiefs of Staff, held a meeting with senior military officials at the Pentagon. Milley wanted to inform them of what he described as a serious threat to national security — a threat so grave it imperiled “the stability of the Republic.”

That threat, Milley said, was the sitting president of the United States. Donald Trump had dared to question the election results. For this, Milley explained, the United States military might be required to use physical force against the president. “We’re the guys with guns,” Milley said. He’d apparently been preparing for this moment.

Milley had similar conversations with the director of the CIA, Gina Haspel, as well as with the head of the NSA, Paul Nakasone. He’d also spoken directly to Chuck Schumer and Nancy Pelosi, Trump’s chief political rivals.

Milley called his counterpart in China, a general called Li Zuocheng. Milley did not tell his boss, the president, about the call, either before he made it, or afterward. Here was Milley’s message for the communist Chinese military. “General Li, I want to assure you that the American government is stable and everything is going to be okay. We are not going to attack or conduct any kinetic operations against you.”

And then, reportedly, Milley said this. “General Li, you and I have known each other for five years. If we’re going to attack, I’m going to call you ahead of time. It’s not going to be a surprise.”

That is remarkable, if true. Given Gen. Mark “Critical Race Theory” Milley’s disdain for all-things Trump, is there any doubt?

Mark Milley committed treason, and others were implicated…https://t.co/H1JVqTifNK #FoxNews pic.twitter.com/PBA8EyBsVU

“Let that sink in,” Tucker said. “‘If we’re going to attack, I’m going to call you ahead of time. It’s not going to be a surprise.’”

According to this account, our country’s top defense official secretly colluded with our chief military rival to undercut the elected president of the United States. How do you describe this? “Deep state” isn’t strong enough. It’s treason. It’s a crime. And apparently, Mark Milley isn’t the only person implicated in it.

“If this is true, this is one of the scariest things that has happened in this country,” said Tucker. “To those who say they’re worried about authoritarianism coming in America, well, it’s here. That’s what this is. Authoritarian government. Government by unelected, unaccountable leaders willing to use violence to preserve their rule. That’s what this book describes.”

Imagine, for a nanosecond, the histrionic meltdown by the likes of CNN and MSNBC, social media, Nancy Pelosi, Chucky Schumer, and the entirety of the Democrat Party, if the Chairman of the Joint Chiefs of Staff conspired with Senate Minority Leader Mitch McConnell to block orders from “crazy” Joe Biden.

Yet? As was the case with the despicable treatment of Larry Elder by the Left as he ran in the California recall election — the names he was called, the implications made, the overall disgust — we heard exactly crickets from “all of the above.”

And worst of all, we expected nothing more.

Incidentally, the disaster called Joe Biden is now upside down in job approval ratings on all fronts — with his Afghanistan debacle leading the list of his “impressive” failures.

1 thought on “GLOBAL EXCLUSIVE: GEN. MILLEY WAS PART OF A LARGER COUP OPERATION BEING PREPARED BY THE DEEP STATE AGAINST TRUMP” 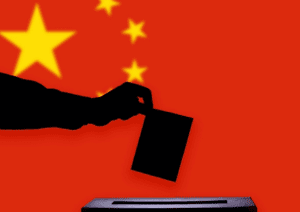