MAAFA 21 is presented here for FAIR USE. Please watch, share, download, upload and share this important video! Tell others to do the same! STOP THE GREAT RESET!

Regarding the current wave of ridiculous, non-sensical, irrational barking from those apparently possessed by evil:

A mass psychosis has befallen the world. This was first initiated by the 24/7 COVID-19 lies, disinformation and fear porn propaganda spewed by the criminal Fauci and other liars at the World Health Organization and the CDC. Working in full lockstep with governments across the globe, these scientific dictators bamboozled the world to shut down. They labelled workers essential and non-essential. Supply chains slowed. As a result, in Africa and the third world more than 60,000,000 people died of starvation. 60% of small businesses that closed are gone forever, never to reopen. Millions lost their jobs. Welfare rolls swelled. All to stop the spread of COVID-19, which we now know from DARPA and PENTAGON DOCUMENTS is a bioweapon cooked up by Dr. Anthony Fauci and funded by Obama.

Since “two weeks to flatten the curve,” the collectivist global elite Great Resetters have created a growing global scientific dictatorship obviously working to destroy the economies of America and the West while causing chaos and destruction. Using fear and punitive strong arm tactics against those refusing mandatory injections and protesting against losses of freedom, the illegitimate globalist controlled Biden junta reveals the regime’s thinly veiled totalitarian nature and growing resemblance to Nazi Germany.

The stresses of the totalitarian lockdowns and restrictions and the promulgated fear of COVID by the media has taken a huge psychological toll on society. Many can’t cope. Suicides rose 30% during the scamdemic. Wickedly, that is also part of the plan. To drive society over the edge of logic and common sense into the dark realm of the mass psychosis we see manifesting itself today.

This increasing mass psychosis, as Carl Jung coined it, has divided the country by design. The bizarre, and irrational behavior of so called “leaders” and “experts” and those who believe their blatant lies, indicate a growing mass psychosis and brainwashing not seen since the days of Jim Jones.

Mass psychosis is sweeping across America, infecting millions with lies and disinformation faster than any pandemic ever could, all geared to forward the one world totalitarian socialist UN/World Economic Forum’s Great Reset agenda.

Not to mention there are no reports of the millions of deaths and injuries caused by the COVID injections. Nor is there any mention of the millions who died as a result of the lockdowns because they were afraid to see their doctors and missed important life saving tests and procedures. These statistics and many others have been ignored. Nothing has been done to hold the democrat dictators responsible for sending COVID patients to nursing homes, killing more than 60,000 elderly residents. In every case there was more than adequate space available to house these sick individuals elsewhere. It was flat out murder. Only a ripple in the media and the story has fallen down the memory hole.

Things are so askew, that even the socialist left leaning country of France is publicly calling out America’s growing totalitarian government and the cancel culture madness festering within it.

These are the elephants in the room. The root causes of fatherless and broken homes are never addressed. Nor is the daily plight of carnage and death that perpetually attacks the black community. These facts of life are continuously ignored by democrats and the media. But the worst of all scourges in the black community by far is abortion. Call it what it is. Black genocide. Abortion slaughters nearly half of all black pregnancies.

Maafa 21 is an excellent 2009 documentary directed by Mark Crutcher that exposes this, and traces eugenic thoughts and practices that have been set against African Americans from the time of slavery through the present.

The fact is, the loons on the left who supposedly oppose racism have always been led by racist elitist eugenicists that have championed liberal causes for generations, but not for “social justice” as they claim, but rather for social engineering and population control.

Contrary to disinformation propaganda, for generations these racist elitists have a long history of funding eugenicist figures like Margaret Sanger and Adolf Hitler to assist in the depopulation of the “human weeds” and “useless eaters”. Today, it is Bill Gates who is lauded by the left. He owns MSNBC, so it was easy to promote his diabolical “genius.” Gates is a great example of this lineage of elitists controllers that date back to Charles Darwin’s cousin, Sir Francis Galton, who created the term, eugenics.

Like all things New World Order, the history of eugenics is dark and deadly. Like the looming Dark Winter Biden keeps warning us of.

What we see now is the ever flowing, superfluous government propaganda from the totalitarians at the WHO/CDC and the traitors in the White House. Paving a road to total enslavement and genocide, these lying serpents want the masses to believe the unjabbed are a threat to the jabbed when in reality the reverse is true.

Yes. The devil is in the details, as is the Satanic Law of Reversal, or inversion. These evil ones are easy to follow if you understand this concept. It is simple. These evil doers do the opposite of what they say.

A good example of the use of this Satanic Law of Reversal is what Gates is known for. He, like Rockefeller and many others like Warren Buffet have been modeled as “philanthropists.” They are not philanthropists. None of them. They are psychotic collectivist eugenicists. Just think of what Bill Gates has done “to help save children’s lives” with vaccines in Africa and the third world. The opposite has occurred. All of this is documented on record and in videos and documentaries, but the media and politicians ignore the truth.

Gates, Soros and Fauci are all guilty of crimes against humanity. Fauci cooked up the COVID-19 bioweapon and the weaponized COVID-19 injections. They are mass murderers. This is not an allegation. It is a fact.

Now, the deadly COVID-19 mRNA bioweapon injections are said to be “safe and effective” and are being mandated across the world. The Great Culling has begun. 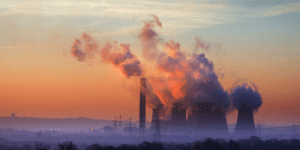 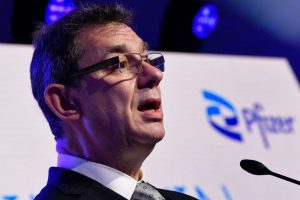 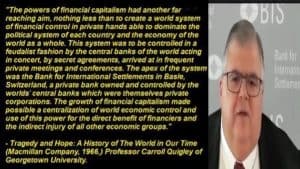 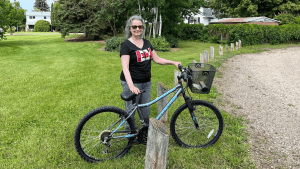