The Rothschild’s have a very long and storied history of engineering frauds and financial collapses for profit. They have been doing this for hundreds of years. It is what they do. They build up economies only to destroy them to profit on consolidation and the control of markets then buying up assets for pennies on the dollar.

Thankfully, the awakening masses are getting wise to Rothschild and other elite’s scams and dirty deeds. The big question is, will humanity awaken in time to stop the designed financial collapse?

The Allianz bust illustrates a blueprint for fraud that is repeated time and again. This is not the first time the Rothschild’s got caught with their hands in the cookie jar and it won’t be their last.

One of Europe’s wealthiest bankers faces questioning for fraud in France as part of a years-long case that accuses him of defrauding retirees.

Baron David de Rothschild of the banking dynasty was indicted in 2015 over allegations that his company, Rothschild Financial Services Group, offered a fraudulent equity release loan program to retirees between 2005 and 2008.

It took five years of legal maneuvering to successfully force the Baron into court, but the slippery teflon Rothschild’s always seem to get away with their crimes.

Rothschild Financial Services Group was accused of falsely advertising to retirees that they could reduce the value of their French homes in order to reduce the inheritance tax that their heirs. According to the report, France’s “Tax Agency ruled that such a scheme constitutes fraud.

In June 2015 the U.S. Department of Justice announced that another Rothschild-owned business, Rothschild Bank AG, based in Zurich, Switzerland, must pay $11.1 million in fines for helping Americans conceal their taxable assets overseas.

“Rothschild Bank, which had U.S.-related accounts with an aggregate maximum balance of about $1.5 billion, knew it was “highly probable” that some Americans weren’t compliant with income tax and reporting obligations, and that some were hiding behind sham entities in Liechtenstein, Panama and the British Virgin Islands,” the Justice Department said, according to Giles Broom, writing in Bloomberg Business.

Rothschild Bank was one of 100 firms subject to a probe of overseas banking crimes. So far, eight other Swiss banks have agreed to similar settlements with the U.S. government. Broom outlined the effects of the Swiss banking probe in 2015:

“The U.S. probe of the Swiss financial industry has already hit the country’s biggest banks, UBS Group AG and Credit Suisse Group AG, for more than $3 billion. About a dozen others, such as Julius Baer Group Ltd. and the Swiss unit of HSBC Holdings Plc, still face separate criminal investigations that may result in fines.

“Rothschild closed about 296 U.S.-taxpayer accounts between Aug. 1, 2008 and Dec. 31, 2013 and encouraged customers to voluntarily disclose undeclared assets to the Internal Revenue Service.”

Until the people awaken from their compliance coma and stand up for freedom and target the string pullers of society like the Rothschilds and the Rockefellers, who operate hidden in the shadows behind the scenes.

Let us pray that the public fast awakens to the silent economic and biological war waged against humanity by these criminal elitist psychopaths at the UN/Davos Group before they intentionally collapse the economies of the world by design to ‘Build Back Better” into a “Great Reset“, which are both euphemisms for neo-feudal slavery and genocide.

While leaving the Rothschild name out of any and all equations, it is ironic that Reuters, who broke the recent Allianz story and Allianz, are both Rothschild holdings. What do you know?

NEW YORK/MUNICH, May 17 (Reuters) – Germany’s Allianz SE (ALVG.DE) agreed to pay more than $6 billion and its U.S. asset management unit pleaded guilty to criminal securities fraud over the collapse of a group of investment funds early in the COVID-19 pandemic.

Allianz’s settlements with the U.S. Department of Justice and U.S. Securities and Exchange Commission are among the largest in corporate history, and dwarf earlier settlements obtained under President Joe Biden’s administration.Report ad

Once with more than $11 billion of assets under management, the Structured Alpha funds lost more than $7 billion as COVID-19 roiled markets in February and March 2020.Report ad

Allianz Global Investors US LLC was accused of misleading pension funds for teachers, bus drivers, engineers, religious groups and others by understating the funds’ risks, and having “significant gaps” in its oversight. read more

Investors were told the funds employed options that included hedges to protect against market crashes, but prosecutors said the fund managers repeatedly failed to buy those hedges.Report ad

Prosecutors said the managers also inflated fund results to boost their pay through performance fees, with Tournant, 55, collecting $13 million in 2019 and becoming his unit’s highest or second-highest-paid employee from 2015 to 2019.

Investigators said the misrepresentations began in 2014, and helped Allianz generate more than $400 million of net profit.

At a news conference, U.S. Attorney Damian Williams in Manhattan said more than 100,000 investors were harmed, and that while American prosecutors rarely bring criminal charges against companies it was “the right thing to do.”

Investors “were promised a relatively safe investment with strict risk controls designed to weather a sudden storm, like a massive collapse in the stock market,” he said. “Those promises were lies…. Today is the day for accountability.”

Also known for its insurance operations, Allianz is among Germany’s most recognizable brands and an Olympic sponsor.

Williams said the fine was significantly reduced because of Allianz’s compensation to investors.

Even so, the payout is close to twice the $3.3 billion in corporate penalties that the Justice Department collected for all of 2021.

An Allianz lawyer entered the guilty plea at a hearing before U.S. District Judge Loretta Preska in Manhattan.

Allianz also accepted a $675 million civil fine from by the SEC, one of that regulator’s largest penalties since Enron Corp and WorldCom Inc imploded two decades ago.

Shares of Allianz closed up 1.7% in Germany, with the payout broadly matching reserves that the company previously set aside.

Tournant, of Basalt, Colorado, surrendered to authorities on Tuesday morning.

The U.S.-French citizen appeared briefly in Denver federal court, and was released after agreeing to post a $20 million bond. An arraignment was set for June 2 in New York.

Tournant’s lawyers, Seth Levine and Daniel Alonso, said the investor losses were “regrettable” but did not result from a crime.

“Greg Tournant has been unfairly targeted [in a] meritless and ill-considered attempt by the government to criminalize the impact of the unprecedented, COVID-induced market dislocation,” the lawyers said in a joint statement.

The other two portfolio managers – Stephen Bond-Nelson, 51, of Berkeley Heights, New Jersey; and Trevor Taylor, 49, of Miami – agreed to plead guilty to fraud and conspiracy, and cooperate with prosecutors. Their lawyers declined immediate comment.

As a result, Allianz plans to move about $120 billion of investor assets to Voya Financial Inc (VOYA.N) in exchange for a stake of up to 24% in Voya’s investment management unit. It expects a final agreement in the coming weeks.

Regulators said the misconduct included when Tournant and Bond-Nelson altered more than 75 risk reports before sending them to investors.

The SEC said projected losses in one market crash scenario were changed to 4.15% from the actual 42.15%, simply by removing the “2.”

Allianz’s alleged oversight lapses included a failure to ensure Tournant was hedging, though prosecutors said only people in his group knew of the misconduct before March 2020.

“No compliance system is perfect, but the controls at AGI didn’t even stand a chance,” Williams said.

Bond-Nelson, at Tournant’s direction, also lied to Allianz’s in-house lawyers after the company learned about the altered reports and the SEC probe, prosecutors added.

“Unfortunately, we’ve seen a recent string of cases in which derivatives and complex products have harmed investors across market sectors,” SEC Chair Gary Gensler said in a statement.

Investors have also filed more than two dozen lawsuits against Allianz over the Structured Alpha funds.

The Crumbling Cabal: Rothschild Was Indicted For Fraud – Brutal Proof 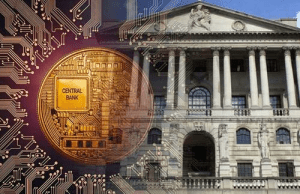 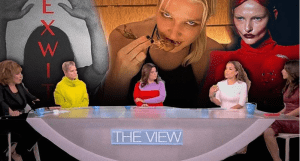 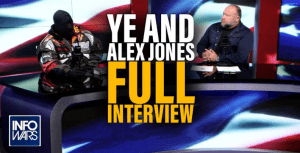 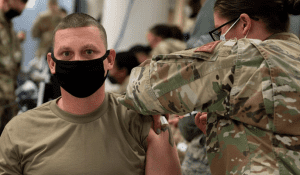