There are further signs, however, that our so-called leaders are not representing us. And these signs have to do with the sheer unavailability of agencies and representatives.

Ever tried to call the DoJ of late? It was always hard enough for an unembedded reporter to reach a live person at the media line at the Department of Justice. Under the last administration, it became impossible. A recorded message refers you to the media page and there you can send an electronic message to a media representative for the Department of Justice. And you will get a response if you are vetted. If they feel like it. If their nail polish is dry. Otherwise, you can pound sand all day long and never hear back.

Things worsened in the last couple of years. Under Covid, we were advised that people were now working remotely. We were encouraged to email our representative or to leave a voice message. However, the response rates to these solicitations are dismal.

Recently, I had cause to call both Senator Elizabeth Warren and Congresswoman Pramila Jayapal for input on a pending story concerning their legislative proposal on judicial corruption. My voice messages, about a dozen, all told, explained the nature of the story I was working on and an appeal to speak with their press secretaries.

No one ever answered the phone at Senator Warren’s office, not at her DC office nor at her local Boston satellite. Finally, exasperated and angry, I left a scathing message at her Boston office. The call was returned by a staffer, who gave me an email address for the press contact. I sent an email (I did not receive a reply) and had the presence of mind to ask Warren’s staffer if he were working remotely or in the Boston office.

Per his response, the office workers are now back on site but no one answers the phones. “We screen the calls,” he told me.

I had a similar experience with Jayapal’s office. No one in DC ever answered the phone at her office and numerous messages were not responded to. About a half dozen calls to her Seattle office produced one live respondent, a fellow who assured me he would get my message over to the press secretary. Who never did return my call.

Recent efforts by others to engage California representatives concerning a draft proposal for new legislation have resulted in similar obstructions. According to Ione Daniels, who is working with a team to get legislative sponsorship for a groundbreaking proposal to address judicial corruption in California, it is no longer possible to speak with a state Congressman. “If you are lucky,” says Daniels, “you can talk to an assistant. But you simply cannot get past the office staff now. Heck you can’t even get past the student (interns).”

Daniels is not a stranger to the process of getting legislators on board with new legislation. She worked for several years with Kerri Kasem to get elder visitation bills passed in a number of states, including Louisianna and Arkansas. She recalls conferences with legislators but has hit a wall with this current effort. “I don’t know if it is just California or if the whole country has changed,” she told me.

This is the reply that I got to my guardianship e mail letter to Senator Durbin. I really could care less about Kerry and his non-binding. My concern is the fact that elderly people are being railroaded into guardianship where they are isolated and deprived of not only their civil rights but any property that they own as well as their liberty.

My concern is that this American gulag is being protected by clear assaults on the First Amendment.

Thank you for contacting me about diplomatic negotiations with Iran. I appreciate hearing from you.

In November, Secretary of State John Kerry announced an agreement to extend talks with Iran on its nuclear program for an additional seven months. This extension allows for a continuation of the existing interim agreement, which relieves roughly $700 million a month that had been frozen abroad as a result of sanctions. Ayatollah Ali Khameini, Iran’s supreme leader, recently announced support for an extension of the talks.

I cosponsored S. Res. 40, which supports these ongoing negotiations with Iran. This resolution states that while the Senate is prepared to enact additional sanctions, this should only be done in the event that negotiations fail, Iran violates the Joint Plan of Action, or Iran violates any final comprehensive agreement on its nuclear program.

The possibility that Iran intends to develop or acquire nuclear weapons presents the United States and the international community with very real national security concerns. It also threatens any diplomatic relationship with Iran.

The United States and our allies should use the diplomatic tools at our disposal to stop Iran from developing nuclear weapons. We should also work to encourage Iran to adhere to the Nuclear Non-Proliferation Treaty and support peace and stability in the region, especially because it borders both Iraq and Afghanistan.

I will keep your concerns in mind as Congress considers U.S. policy toward Iran.

Thank you again for contacting me. Please feel free to stay in touch.

I was a bit luckier than Ditkowsky when I reached out to the former Attorney General of California, Jerry Brown, concerning the horrific abuses visited on my mother, Dr. Amalie Phelan, at the hands of the courts and her guardian. The Brown family and the Phelan family have roots, going back to the re-election of Jerry’s father, Pat Brown, when he ran against Dick Nixon for the California gubernatorial seat. My father’s article on the dirty Nixon-Hughes loan, published in the Reporter Magazine, was credited by Pat with turning the tide of the election and ensuring his continued residence in the Governor’s Mansion.

Well, maybe I wasn’t luckier. Banking on non-existent loyalty after intervening decades proved a fruitless effort on my part. I was told by Jerry Brown’s assistant that “He is aware of you and if he wants to talk to you, he’ll call you.”

Jerry Brown subsequently ascended to the Governor’s seat in California without so much as a phone call concerning the murder of the wife of the reporter who ensured his Dad’s re-election.

A paralegal named Michael Warnken has a grip on one part of the representation problem: sheer numbers. Warnken has broken down the numbers that each representative allegedly represents and has come up with telling figures. Warnken writes, “Tiny legislative bodies are the problem, a huge problem and are at the core of most of this stuff. In a representative government, the legislature is supposed to be the most powerful.” He goes on to explain that

“This is the data on why everything is so corrupt. We have pretty much no representation at almost any level of government. So, LA county picks 5 and they have the duty to oversee all 10,000 LAPD officers? Yeah right. This is the most important issue that is so often overlooked.

“You wrote in one of your articles that more laws isn’t going to fix anything. You are correct, we have a structural problem. The more reps, the smaller the districts, the more in touch they are with the common voter. The less elections cost and so forth. The bigger the district, the more concentrated the power.

Here is a short video of Warnken discussing some of the problems inherent in a tiny legislative body:

Whether our representatives are using Covid as an excuse for their non-responsiveness, or whether or not they have bit off more than they can possibly chew through the sheer numbers of constituents they must attend to, or whether the numbers of awakening constituents facing life-threatening problems via weaponized legal and health security systems leave our reps cowering under their virtual desks, one thing is clear:

They are simply not representing us any longer.

To close with a quote from Ken Ditkowsky regarding Senator Durbin’s nearly incredible response to his urgent concerns:

“The disrespect for the public exhibited by our public officials is just short of amazing — It is no wonder that our cities are war zones.”

source: More Indications That Our Representative Form Of Government Is Under Water – Activist Post 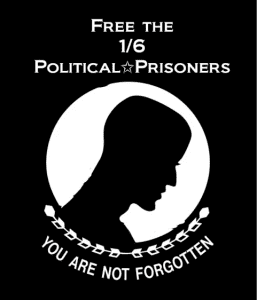