Climate change theory says that the public has to drastically reduce its consumption to save the environment, while Keynesian economics says that increasing consumption by the general public is the surest way to a prosperous economy. Despite the contradiction, the Western policy elite subscribe to both doctrines. 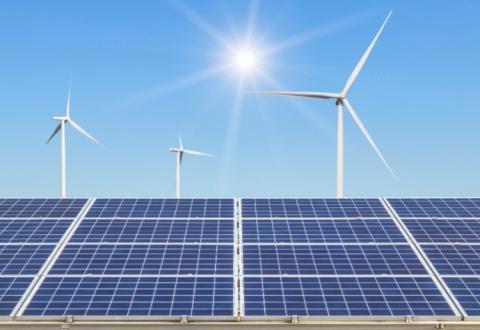 Can the elite not see the logical impossibility of policy action based on both climate change theory and Keynesian economics? Perhaps not, or perhaps there is a hidden coherence to the elites’ actions discoverable by examining the incentives underlying the mutually exclusive theories presented to the public.

The crux of Keynesian economics is that recessions occur because aggregate demand has fallen (i.e., consumers’ desire to spend less), and thus the only way to return to growth is for aggregate demand to be raised. Since private sentiment brought about the decrease in aggregate demand, the only force that can bring about its increase is government spending through subsidies, welfare, and make-work programs, financed by deficit spending.

Contrary to “traditional,” or Austrian, economics, Keynesians disregard concepts such as capital structure, time preference, and malinvestment. The crucial factor is to boost short-term public consumption, as per Keynes famous aphorism “in the long run we are all dead.”

If the Treasury were to fill old bottles with banknotes, bury them at suitable depths in disused coal mines which are then filled up to the surface with town rubbish, and leave it to private enterprise on well-tried principles of laissez-faire to dig the banknotes up again … there need be no more unemployment and, with the help of the repercussions, the real income of the community, and its capital wealth also, would probably become a good deal greater than it actually is. It would, indeed, be more sensible to build houses and the like; but if there are political and practical difficulties in the way of this, the above would be better than nothing.

In contrast, the chief demand in terms of political economy from the climate change lobby is that the public must have its consumption forcibly restricted, as in their opinion our current lifestyle depletes the Earth’s resources and pollutes its atmosphere at an unacceptable rate. Increasingly, they think that the median standard of living warrants little concern as they believe our lives to be in greater danger. One of the boldest proponents of the drive to reduce consumption is writer George Monbiot.

Manufacturing and consumption is [sic] responsible for a remarkable 57% of the greenhouse gas production caused by the UK. Unsurprisingly, hardly anyone wants to talk about this, as the only meaningful response is a reduction in the volume of stuff we consume.

Place the two arguments side by side and their mutual exclusivity is obvious. Taken on their own, the theories of climate change and Keynesian economics might seem to make sense, yet the mainstream view is that both are correct, and both, somehow, need to be implemented.

To prove the point that Western policy makers really do subscribe to both theories simultaneously, here are two statements from Rep. Ritchie Torres (D-NY)

The best way to end poverty in America, to stimulate the economy, is to put money in the pockets of people in need, because people in districts like mine are going to spend those dollars locally, which will not only create income for businesses, but for the workers employed by those businesses. So, it’s not only good morals, it’s also good economics.

Global climate change is the greatest threat to our planet & future generations. It’s past time to act & reverse course. Together w/ @HouseDemocratswe are calling on @POTUS Admin to prioritize global climate justice.

For another example, recall the Obama administration. He entered office during a recession, his answer: pass the largest stimulus package in history. Yet he was also the first President in history to make climate change, and the attendant reduction in consumption believed to be necessary, a priority. If climate change and Keynesian economics mix like oil and water, why are they aligned together in the same mainstream consensus?

There are people, including at the top of the policy making hierarchy, who believe in implementing both climate change and Keynesian economics and have simply not thought through the logical impossibility of such action. Austrian scholars understand clear errors in thinking can persist for decades even when public policy based on said thinking fails to deliver the expected results. In fact, this is more likely to occur among the political and bureaucratic elite than with ordinary people, given the government’s access to the printing press, removal from the pressures of the real world, and consequentially their lack of common sense.

Yet with so many elites advocating a seemingly clear contradiction in terms, it is worth asking whether some know exactly what they are doing. An examination of their interests and incentives suggests this to be the case.

The Club of Rome, which originated much of the research and messaging around supposedly man-made climate change in the 1970s, said:

In searching for a common enemy against whom we can unite, we came up with the idea that pollution, the threat of global warming, water shortages, famine and the like, would fit the bill. In their totality and their interactions these phenomena do constitute a common threat which must be confronted by everyone together. But in designating these dangers as the enemy, we fall into the trap … [of] mistaking symptoms for causes. All these dangers are caused by human intervention on natural processes, and it is only through changed attitudes and behavior that they can be overcome. The real enemy then is humanity itself.

In An Inconvenient Truth Al Gore said Miami would be underwater by 2020, yet the drive for centralized government and top-down control evidenced by the above quotation persists.

In addition to social control, the elite benefit by distributing subsidies to their friends, and making their competition illegal or prohibitively expensive. It’s universally acknowledged that “green” companies would never have got off the ground in the 2000s without being propped up by central governments. And with a revolving door between government, the climate lobby, and “green” companies, following the money is not a complex task.

For instance, Germany’s record $38 billion to “green” companies in 2020. Or this article, which found most of the benefits of climate change subsidies go to major banks. Record gas prices are good for electric car manufacturers.

The talking point that subsides for “fossil fuels” are greater than those for “renewables” isn’t true. Consult this graph from Columbia University:

Energy subsidies from the federal government (in billions of 2018 U.S. dollars). The “other” category represents technology-agnostic energy subsidies, like transmission and conservation efforts which aren’t tied to specific fuels.

Without delving into the scientific veracity of either theory, the hypocrisy on display from their advocates drastically undermines the theories’ individual credibility, in addition to the problems with their collective coherence discussed throughout this article.

However, though climate change and Keynesian economics contradict each other in theory, they are compatible in practice: both mean generous and arbitrary subsidies are distributed by the central political authority.

Aside from self-serving first principles the elite don’t seriously believe in any creed bar their own interest. Public policy is often an exercise in ideological picking and choosing; sometimes those in authority present climate change, sometimes Keynesian economics. There is never an attempt to fully and permanently implement either theory, rather they are switched in and out as needed. The results in practice from these differing theories are thus the same: crony capitalism, inefficiency, and general impoverishment.

Inherent in the definition of an elite is that only a small number of people constitute one. Almost everyone is on the receiving end of this agenda. We must inform people, break through the guilt-industrial complex of the media, and stand up for our own interests. 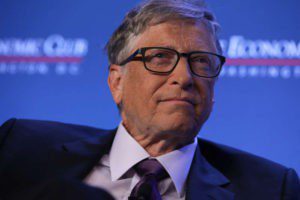