Last night on 60 MINUTES OBiden declared the pandemic is over. Profiteering control freak’s mouths dropped. The admission quickly caused shockwaves through the greedy Big Pharma cartel and all the corrupt layers of parasites profiting off the “pandemic”.

For the first time in his illegitimate presidency, OBiden spoke the truth:

“The pandemic is over. We still have a problem with COVID. We’re still doing a lot of work on it. But the pandemic is over,” President Biden tells 60 Minutes in an interview in Detroit. https://t.co/7SixTE3OMT pic.twitter.com/s5fyjRpYuX— 60 Minutes (@60Minutes) September 19, 2022

The paid media liars and shills went on immediate attack, reporting that the pandemic is not over, not near over — hell it can never be over! After all, there is too much money to make and too much social control by government to take to stop the gravy train.

Peter Hotez appears to be one of these establishment deep state hacks. You know, one of the go to “experts” the media always turns to. He is a vaccine scientist who earned his undergraduate degree in molecular biophysics from Yale University in 1980 (phi beta kappa), followed by a Ph.D. degree in biochemistry from Rockefeller University in 1986, (There’s a clue) and an M.D. from Weil Cornell Medical College in 1987.

If the pandemic is over, so is the emergency. That means the drug companies lose their ability to murder and maim Americans without liability. It will also reveal the truth about the COVID death shots. The fact is, the FDA will never approve the COVID shots because they are dangerous and deadly. So the emergency continues. Genocide for profit.

And like Bill Gates warned of the COVID bioweapon attack and had just the right “vaccine” to force on the public, Dr. Hotez also warns of a “major variant” coming this winter.

Let’s take a look into this “go-to expert’s” background.

One year after OPERATION LOCKSTEP was published by the Rockefeller Foundation Dr. Hotez was hired by the Obama Administration as US Envoy, focusing on Bill Gates funded vaccine diplomacy initiatives between the US Government and countries in the Middle East and North Africa.  He served from 2011-2014.

In 2018, Dr. Hotez was appointed by the US State Department (DEEP STATE) to serve on the Board of Governors for the US Israel Binational Science Foundation and is frequently called upon frequently to testify before US Congress. He’s one of those “experts” created by the Deep State.

In 2017 FORTUNE Magazine named Hotez as one of the 34 most influential people in health care. The deep state was moving him into place. In 2018 Hotez received the Sustained Leadership Award from Research! America.

In 2022 Hotez and his colleague Dr. Maria Elena Bottazzi were nominated for the Nobel Peace Prize for “their work to develop and distribute a low-cost COVID-19 vaccine to people of the world without patent limitation.”

Despite having an autistic child, Hotez is concerned about the anti-vax movement. In 2019, he received the Award for Leadership in Advocacy for Vaccines from the American Society of Tropical Medicine and Hygiene.

Due to the horrific side effects and massive deaths caused by the shots these mRNA injections will never be approved. What is certain is that the CDC and FDA officials lied on a continuous basis and continue to lie to keep the scamdemic gravy trail rolling.

These corrupt shills knew the mRNA injections were dangerous, harmful and deadly, but they said they were safe and effective. They said the shots would create immunity and stop the spread. They lied. Lie after lie after lie. And now, in these once honest and trusted agencies are now cesspools of corruption, oppression and mass murder.

The FDA and CDC knew the shots cause heart attacks, stroke and myocarditis before one shot was even administered. That is why the studies were hidden from the public. The shots cause miscarriages, still births and sterility. The spike protein attacks organs, causing organ failure and literally thousands over other adverse events. FDA = Fraud, Death, Avarice

If the CDC and the FDA weren’t corrupt eugenics operations executing genocide these shots would never have been approved let alone mandated. These corrupt criminals even changed the definition to peddle the mRNA gene therapy shots as “vaccines”. Pure fraud lies and democide.

Many ethical FDA and CDC officials publicly resigned, refusing to partake in the genocide, but unfortunately, they were replaced by corrupt officials who would. Like military, Justice and other Federal Agency workers who lost their jobs for refusing the deadly injections who were replaced by lesser men and women willing to execute the totalitarian aims of the corrupt, illegitimate OBiden regime.

Whistleblowers continue to be censored and demonized by the Big Pharma owned media machine and corrupt politicians. And by no means is any of this an accident. In fact, the entire world followed the same script. And that script calls for lockdowns, the destruction of the economy and the collapse of civilization. To create a Great Reset.

The reaction to the COVID-19 bioweapon was totalitarian by design, forced upon humanity by the recommendations of the United Nations World Health Organization. Ten years earlier, OPERATION LOCKSTEP was composed and constructed by the eugenicist Rockefeller Foundation in 2010. How convenient.

Below are links to the Pfizer documents they wanted 75 years to release because the deaths and adverse event reports are so horrific.

Yes, the pandemic is over, but Big Pharma gravy train rolls on and the elite’s war on humanity continues. Another bioweapon or designed crisis to further impoverish, enslave and destroy us is coming. Be prepared. Pray. Non-compliance is our only hope. 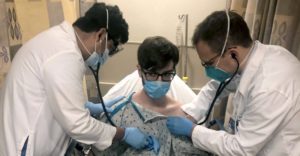 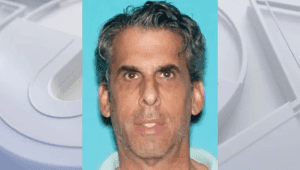 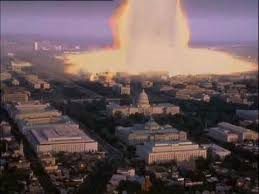 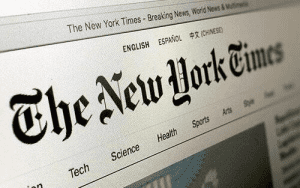