If you disagree, you’re either delusional, or terribly naïve, or brain dead. Or you’re in on the fix.

When something is so obvious, if the outcome makes no sense, if the outcome is literally impossible, then it is what it is. Forget “proof.” You know it. You saw it. You felt it. You experienced it. It happened. It’s real.

If you disagree, you’re either delusional, or terribly naïve, or brain dead. Or you’re in on the fix.

It’s time to admit we’re all part of a massive experiment in fraud, theft, brainwashing, and gaslighting to a degree never seen in world history.

You’ve been the victims of nonstop severe gaslighting for a decade now. You’re all part of a human psychology experiment in the limits that government and media can go in propaganda and brainwashing…while you can see they’re lying right in front of your eyes.

And these are the exact same people now telling you Democrats just over-performed, and stopped a GOP red landslide, against all odds, without cheating and stealing the midterm election.

While also facing the worst economy in modern history…and the worst inflation in America’s history…and out of control crime…and open borders…and failing schools…and polls showing 75% of Americans believe the country is going in the wrong direction…Yet Biden beat all of that?

If you believe Democrats made a miracle happen, without cheating, rigging and stealing…I have a bridge to sell you, over the Atlantic Ocean, in the Vegas desert.

First, every poll in the country showed a gigantic GOP landslide victory- ranging from red wave, to red tsunami. Polls even showed women moved 32 points from September to October in favor of the GOP.

But in the end they all moved back to Biden and Democrats? Does that make sense to you?

Second, every poll in the country showed the top two issues, by a mile, were inflation and the economy. And crime was in second place, along with open borders.

And they all voted for Biden and the Democrats? Does that make sense to you?

And they all voted for Biden and the Democrats? Does that make sense to you?

In this environment, they all voted for Biden and the Democrats? Does that make sense to you?

That they looked around at the disaster one man has created in only two years, and they defied a century of historic midterm defeats for the party in power…and voted for Democrats?Folks, you’ve been gaslighted.

But the real proof the midterm was rigged and stolen is…FLORIDA.

In Florida the GOP won a landslide. DeSantis and Rubio and everyone else in the Florida GOP won in a red tsunami. The same one the polls showed was happening in the entire country.

Guess what Florida has? Florida has strict Voter ID, strict laws against voter fraud, severe prison terms for anyone caught trying to commit voter fraud, no mail-in ballots sent to every voter, no ballot drop boxes, no ballot harvesting, no ballots accepted for days after Election Day, no counting for days until the desired result is achieved by the Democrat Party.

Isn’t it a funny and strange coincidence that in that state, with all of those strict rules against cheating, the GOP red tsunami happened as predicted? But everywhere else, where there are no strict laws against voter fraud, and they allow all that cheating, the red tsunami fizzled.

And that under-performance is being blamed on Trump? And on conservative MAGA candidates?

Yet in Florida, Governor Ron DeSantis is the most Trump-like, MAGA, America First, anti-woke, anti-trannie, in-your-face, ultra conservative politician in all of America. And with that ultra MAGA message, plus strict voting fraud laws…the GOP swept to a landslide victory.

And in most other places, they didn’t. Coincidence?

Folks, we’ve been robbed. Again. This was a repeat of 2020. They’ve fixed, rigged and stolen the election. First, they robbed us of the Presidency. Now they’ve robbed us of a red Republican landslide. And now they’re trying to blame it on Trump.

This is gaslighting. And we’ve had our election stolen- again.

Left-wing radicals are attempting to destroy Alex Jones via the court system! Please help Alex by making a donation to his legal defense at Saveinfowars.com to keep him in the fight! Don’t let the NWO be successful with their latest weapon against Free Speech! 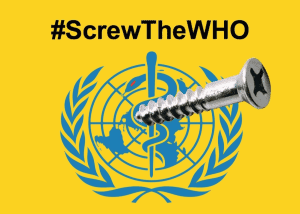 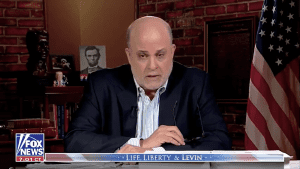 DEMOCRATS ARE TRANSFORMING AMERICA INTO A FASCIST POLICE STATE

DEMOCRATS ARE TRANSFORMING AMERICA INTO A FASCIST POLICE STATE